A momentous day has arrived in the ongoing professional development of Great Domaines as a fine wine importer. Our first allocation from Petrus arrived at the Great Domaines cellars this past week. We are very proud to have been appointed the importers and distributors of Petrus in South Africa starting with the 2014 vintage.

In 2013, Petrus shook the foundations of the fine wine world by deciding to revise the sales and distribution of their wine, undoubtedly one of the most highly regarded wines in the world, by taking matters into their own hands in creating its own distribution company to take care of all markets. 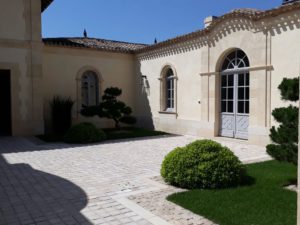 Petrus, currently under the ownership of Jean-Francois Moueix and his family, decided to create an exclusive distributor for their prestigious wine. Christophe Jacquemin Sablon has been appointed as head of this new company: Clés Distribution. “We want to identify where Petrus will be best sold, to ensure that customers are able to get hold of it and to drink it. We don’t want it concentrated in a few hands” Christophe Sablon told Decanter magazine at the time.

In 2015, Great Domaines was invited to tender for the right to import and sell Petrus. Derek Kilpin, (Great Domaines’ General Manager and co-owner) and his colleague, met with Clés Distribution in Bordeaux and three months later, we received the good news. “It really is a privilege for Great Domaines to represent an estate of this stature and it’s truly humbling” says Kilpin. 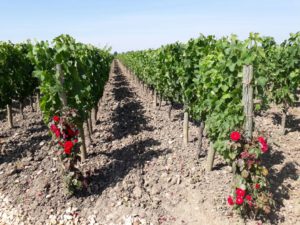 Petrus may be one of the most expensive and prestigious wines in the world, but like Domaine de la Romanée-Conti, the estate focuses on its unique terroir (11.5 hectares on a special blue clay plateau in Pomerol) and unusually old vineyards (only replanted after they reach 70 years of age). The Domaine is dedicated to ensuring that the integrity and quality of the wine (100% Merlot) remains at the highest levels and that none of these values ever come at the expense of prestige and glamour.

“The addition of Petrus to our portfolio embodies the values that Great Domaines has been built on from the beginning. Our vision is and always has been to make the best wines in the world, at the fairest prices possible, available to wine-lovers in South Africa so these great wines can be bought, cellared and shared. One of the most important guarantees, which is part of our standard business practice, is that all the wines we import come direct from each producer’s cellar. This guarantee of 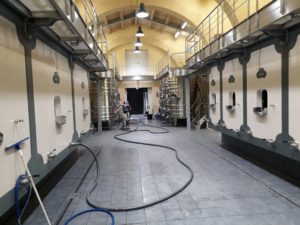 provenance is a critical feature with the amount of counterfeit and fraudulent wine appearing on an ongoing basis in the world of fine wine today,” says Wayne Visser, founder of Great Domaines. Our other Bordeaux wine imports naturally come directly from the cellars of reputable négociants.

“Great Domaines gathers qualities to be the partner of Petrus in South Africa thanks to its experience in the local market, its expertise to develop the selective distribution essential for the finest estates and its philosophy focused on the human values which give the final customer a faithful translation of our mutual passion and efforts,” adds Christophe Jacquemin Sablon. Petrus takes its name from the Greek version of St. Peter, “Petros.”

Owned by the Arnaud family for the better part of 200 years until the end of World War II, Petrus was then sold to Mme. Loubat, who had progressively acquired the property in 1923. Upon her death in 1961, the estate was passed to her family, who eventually sold it to Jean-Pierre Moueix. Jean-Francois Moueix and his children – including Jean Moueix – are the owners of Petrus today.

The 11.5-hectare vineyard of Petrus is located on a plateau in the eastern portion of Pomerol; 100% planted to Merlot. The soil consists of a high percentage of iron-rich clay.

The estate was among the first in Bordeaux to implement green-harvesting as a way to lower crop yields and raise the quality of the remaining grapes. The yield is among the lowest in Bordeaux partly through éclaircissage or green-harvesting to concentrate the power and quality of the remaining crop (eliminating up to 50% of the crop in certain years).

The grapes are hand-harvested over five to six days and fermented in temperature-controlled concrete tanks. The young wine is aged in 50% new French oak for 18 months.

Severe pre-assemblage vat selection is carried out and certain parcels are rejected from the Grand Vin. An average year might yield at most 2,500 cases. In some vintages, such as 2003, this average has been sharply reduced.

Established in 2000, Great Domaines is a leading importer and distributor of fine European and one Lebanese winery, being Château Musar. It also distributes the wines for a handful of South African wineries. The Great Domaines’ philosophy is to deal with the best producer in each fine wine region – some of the rarest and most prestigious wines in the world are exclusively brought into South Africa direct from the estates – these include the likes of Burgundy’s Domaine de La Romanée-Conti, Champagne’s Pol Roger, Italy’s Sassicaia, Spain’s Vega Sicilia and now Bordeaux’s Petrus.

Newer Introducing Tempus: A GD collection of limited edition wines in partnership with Sadie Family wines
Back to list
Older The art of the cover crop in South African vineyards
close