It all started as a small project. “We wanted to give our European suppliers a piece of South Africa, why not a wine that we have a part in?” was what Wayne Visser, founder of Great Domaines, initially put forward.

Every year, Great Domaines rotates visiting the producers that they import and distribute in South Africa; which is 90 now. One of the strengths of Great Domaines lies in the network of close relationships it has with its suppliers – with some of these having even built into friendships. Wayne and Derek Kilpin, (Great Domaines’ General Manager and co-owner) annually take with them a gift; a small piece of South Africa for the producers.

There is some excellent wine being made in South Africa and Great Domaines naturally began entertaining the idea of making its own to give its producers a bottle on each visit. As one leading UK wine writer recently commented in his 2017 report on South African wine: “the Cape wine scene is dynamic, exciting and still evolving. It is attracting new talent, still exploring its boundaries in search of new terroir”. A partnership was therefore formed between Great Domaines and one of the country’s best winemakers, Eben Sadie. “He is passionate about similar things as GD and is a good friend”, says Wayne Visser. “A project was initiated in order to give Great Domaines the opportunity to go beyond the buying and selling of wine in order to create a base whereby their involvement with the production of a wine provides for deeper insight into the entire process”, explained Eben Sadie. “It is also to have a link to South Africa since Great Domaines is so strongly connected to European imports. The Tempus, now alongside other South African domaines in its portfolio, has significantly increased the footprint Great Domaines has in the domestic wine market”, Eben goes on to add.

The name ‘Tempus’ (the Latin word for time) was chosen to honour the processes of growing vines, making wine, cellaring it and building relationships in order to share it. “Wine is a natural project that requires time from every aspect – growing grapes, one harvest a year, time to ferment, time to mature in barrel and some in bottle, time in the cellars of wine lovers and finally, time taken to enjoy a bottle with friends”, explains Wayne Visser. “Great Domaines’ reputation and the place where it is today is also a product of time. Trust takes time to build up”, adds Visser.

The maiden vintages of Tempus are a 2015 Grenache and a 2016 Chenin Blanc – both produced by Sadie Family wines from Swartland vineyards in Riebeek Kasteel.

Each wine in the Tempus series will made as a once-off, on an annual basis, in very limited quantities. Only 712 bottles of Chenin Blanc, 497 bottles of Grenache and then 60 magnums in total were released.

The maiden vintages of Tempus are a 2015 Grenache and a 2016 Chenin Blanc – both produced by The Sadie Family Wines and from vineyards located in the Swartland, in Riebeek Kasteel. 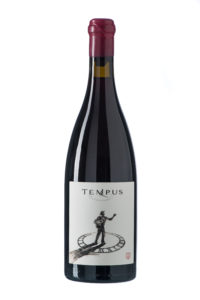 The 2015 Grenache is from vines planted in red slate soils and it’s a brilliant example of the level of quality that can be achieved in a wine from 8 year-old vines. The wine underwent whole-bunch fermentation and it was then aged in clay amphorae for 12 months with no fining or filtering prior to bottling. The nose presents a generous ensemble of pure red fruit and spice. The delicate palate is packed with crunchy raspberry and supported by a vibrant mineral backbone in amounts that will provide this wine with an exciting evolutionary path over the next 10-plus years. 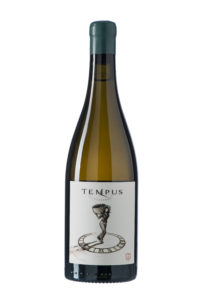 The 2016 Chenin Blanc is from 45 year old vines planted on granite and alluvial sandstone with painfully low yields of 15 hl/ha. Immediately engaging, this is a pure Chenin with rich fruit-forward aromas that jump out of the glass. A combination of pineapple, melon and citrus notes follow through onto palate – all held together with beautifully balanced acidity. The mouth-feel is serious, with some obvious richness there. The wine has a focussed, elegant lift and a gum-smacking finish. This can happily be consumed now, but there is also enough structure to keep this liquid in the bottle for the next 8-10 years where extra layers of complexity will develop.

END_OF_DOCUMENT_TOKEN_TO_BE_REPLACED

Great Domaines, in partnership with Eben Sadie from the Sadie Family Winery, recently held the launch of the new vintages of both the O...

END_OF_DOCUMENT_TOKEN_TO_BE_REPLACED

The Paardebosch range of wines by David and Nadia has been a crowd favourite from the very beginning; especially when it came to their ...

END_OF_DOCUMENT_TOKEN_TO_BE_REPLACED

The Great Burgundy Report of 2013

Jancis Robinson MW has released her 2013 Burgundy Report with reference made to what she terms a “fairy-tale vintage". Most of the grow...

END_OF_DOCUMENT_TOKEN_TO_BE_REPLACED

Sir Winston Churchill is most well-known as the man that led the Allied Forces to victory during WWII. He was also a notorious lover of...

END_OF_DOCUMENT_TOKEN_TO_BE_REPLACED

The fine wine world is mourning as Giacomo Tachis, 2011 Decanter Man of the Year and Sassicaia creative collaborator, passed away on Sa...

END_OF_DOCUMENT_TOKEN_TO_BE_REPLACED

A South African chef who owns and runs his own restaurant in Nice, France, has been awarded a Michelin Star.Chef Jan Hendr...