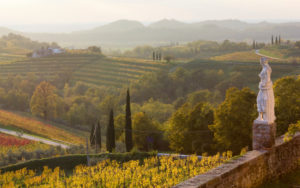 We move to Friuli Venezia Giulia, situated in the northeast of Italy and bordering Austria, Slovenia and the Adriatic Sea. The region is often referred to as one of Europe’s best-kept secrets; a rich amalgamation of culture and climate. 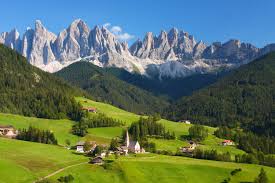 Highlights of the region include the spectacular Dolomites mountain range, which is also on the UNESCO World Heritage list. In both winter and summer, the region is strewn with crystal-clear stretches of water, snow-covered peaks and lush valleys. 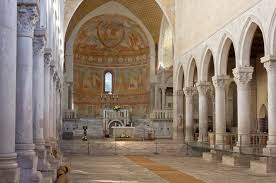 Another jewel of the region is the ancient town of Aquileia, which was one of the most significant towns under the Roman Empire. Declared a UNESCO World Heritage Site in 1998, it is the most complete example of an Early Roman city in the Mediterranean world.

The region’s capital, Trieste, with its grand maritime port, was once part of the 19th-century Austro-Hungarian Empire. The city boats numerous beauties including old cafés, neoclassical buildings along the Grand Canal and monument upon monument – a testament to the age-old fascination man has had for this central European city and its glorious past. Its famous sights include the old quarter, the waterfront Piazza dell’Unità d’Italia square and Castello di Miramare which was a former royal residence.

The region ranks among the best for white wine production in Italy. There are as many as ten DOC and four DOCG areas that grow some thirty different grape varietals and often in very small quantities. 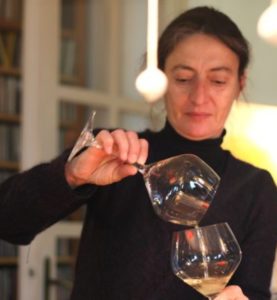 Our wine today is the Sauvignon “Serena Palazzolo E Figli” 2017 from Ronco Del Gnemiz, which is from Colli Orientali del Friuli, north of Trieste, and the finest area in this region. Sauvignon Blanc is the king of the whites here. Owned and managed by Serena Palazzolo, her partner Christian Patat and her sons, Ronco del Gnemiz has been one of Friuli Venezia-Giulia’s leading wineries for more than a decade.  “One of my great memories will always be sitting in Christian Patat’s small living room whilst he educated us on Jazz music and poured the latest release of his beautifully authentic Ronco De Gnemiz wines”, said Derek, GD’s MD, recalling his last visit. The secret of their success is their deep-rooted respect for the terroir. 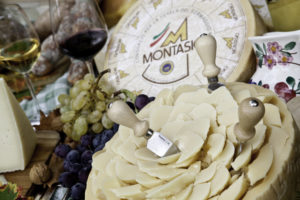 Despite its cultural complexity, Friuli Venezia Giulia is known for its simple, genuine ingredients and crisp, floral wines. The region’s cuisine is based entirely on local, humble ingredients. Over the centuries, locals have perfected simple recipes and methods. Today, these same products are world-renowned and government-protected, including Montasio cheese DOP and Prosciutto di San Daniele DOP.