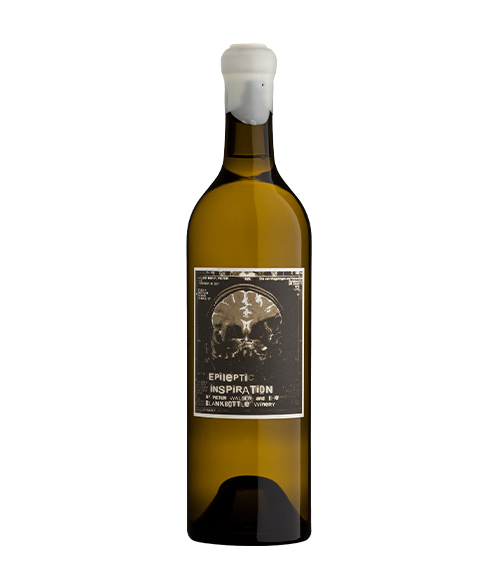 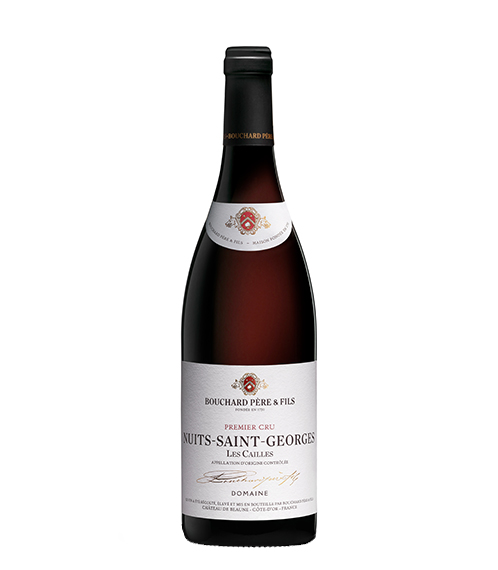 “In March 2015 harvest was in full swing in my old little super-cramped winery. I had already exceeded the tonnage fitted for a 160 square meter building the year before, but now things were just out of hand – I was beyond maxed-out – I was overstretched, overloaded, overflowing and all the other “over” words you can think of in order to compensate for my impending future growth.

So there, in the midst of my trapeze acts in my cellar, in walks a wine making friend with 2 Pick&Pay bags full of grapes. Shoving it in my hands, he tells me about this lady that was given a bakkie-load of vine plantings as a gift. On her farm in the Koue Bokkeveld (755 meters above sea-level on top of the Witzenberg), they then stuck it in the soil and it started growing. Most vines in South Africa are grafted on American roots as they are not susceptible to a dreaded disease called Phylloxera – which basically wiped out the world’s vines in the late 19th century. But these Syrah grapes in the Koue Bokkeveld were in fact growing on their original Syrah roots (we call this “makstok”) – a very rare set of circumstances found not many places in the world. The little vineyard looks more like a garden than a vineyard. So there they’d been growing for a number of years. No one was really interested in them at the time so I committed to buying the grapes, inspired purely by the story, not the quality, as none of us knew what to expect…

When it comes to new vineyards like these with no track record, picking time is very difficult to establish. So we just tasted the grapes and looked at the vines. The average temperature at that height above sea-level – 755 meters – is rather low in the growing and ripening season, so the grapes accumulate sugar slowly. We decided to pick when the leaves of the vines started yellowing, showing that optimal ripeness was reached. The first vintage ever (now sold out) was the 2015 – fresh, but with a rather large frame, deep red in colour and plenty of fruit – an alcohol of 14%.

But then in 2016 the style changed. I am not exactly sure why, but the wine ended up being elegant and delicate, low in alcohol (12%) and almost Pinot like.

In the 2017 harvest we had a massive setback – veld fires tormented the mountain tops of the Witzenberg mountains. The vines got burnt and smokey flavours got stuck in the wax layers on the outside of the ripening berries. We suspected that we had possible smoke taint but there was no way to test this before picking. When it comes to white wines the threat of smoke taint is much lower. Because you remove the skins of the berries from the juice immediately, you also remove the possible danger of the wax layer transferring the smoke taint to the juice. But with reds it is different. You have to ferment on the skins to get the colour and tannins. The alcohol then extracts the smoke taint from the skins into the wine. Long story short. The 2017 wine tasted like burnt bacon and we sold all off for very little money. HUGE LOSS!

But nature has its way of recovering and the new vintage of Little William is most probably our best to date. An awesome, super elegant wine. We fermented all the grapes 100% whole bunch. This means that we chucked whole clusters of grapes into the tank, not removing stems/stalks, retaining as much of the terroir/vineyard as possible. I gave my feet a good-old (soapless) scrub and then trampled the grapes, squashing only the berries. The juice underwent spontaneous fermentation and was left on the skins for 3 weeks – pressed into older French oak barrels and aged for a year. For those of you who likes Pinot Noir-styled wines, this is the closest Syrah to this you’ll find – at extreme height above sea-level – Wine of Origin: Ceres Plateau!” Producer’s note 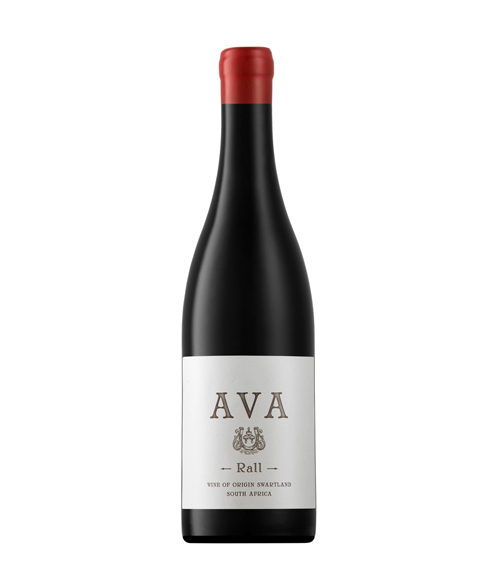 "Like the Chenin of the same name, this wine is now made from 2 Schist vineyards around the Riebeeksrivier and the Kasteelberg regions in the Swartland. The Ava is a tiny selection of Syrah on the most extreme and low yielding sites I work with. Fermented with 100% whole bunches and matured in seasoned French oak to truly express the place and soil on which it’s grown. Now its 5th release this 2021 is one of the freshest but at the same time one of the most structured vintages to date. It starts with a very delicate nose of purple flowers, fynbos, herbs, even tea and fine spice from the whole bunches. The palate is dense with real fruit intensity and a long savoury finish. Like with the red patience will be rewarded over the next 10 years or more, 1907 bottles produced." - Winemaker's notes
Add to wishlist
READ MORE
Quick view
On allocation 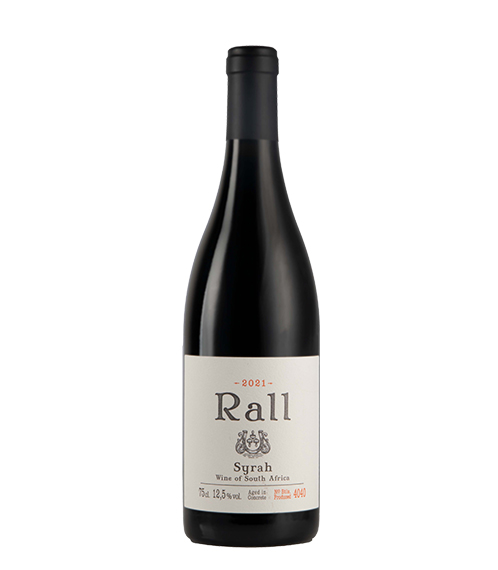 "This first release of the Syrah made from one of the schist vineyards used for the Ava, was picked early, fermented naturally with 50% whole bunches and aged only in concrete to preserve the primary fruit and crunchy tannins of Syrah. This wine is all about the freshness while still layered and structured even at a modest alc of only 12.5%" - Winemaker's notes
Add to wishlist
READ MORE
Quick view 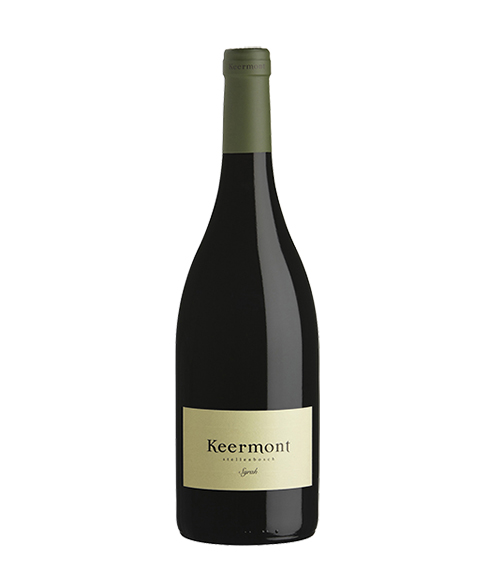 R270.00 inc. VAT
"The Keermont Syrah 2016 has a dark plummy red colour. It has an enchanting bouquet of lavender, cherries, cloves, and vanilla. The palate is elegant and soft with dark strawberry and cherry flavours and hints of citrus rind, herbs, and vanilla. The tannins are light, but firm and the wine has a long rich savoury finish." Winemaker's notes
Add to wishlist
Add to basket
Quick view
Shopping cart
close 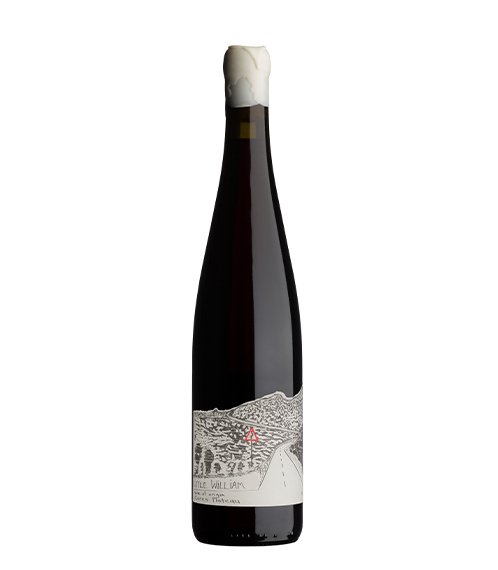