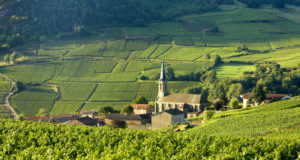 As we move East, we approach the golden gate of Burgundy – Chablis. For several years, Chablis’ fame was so significant that its name became a general descriptor and was sadly applied to describe a vast array of dry white wine.

This island of vines, near the town of Auxerre, produces a leaner style of Chardonnay compared to its counterparts further south. Record of vines being planted in the region date as far back as Roman times, 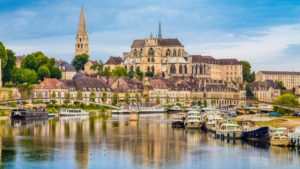 around 865 AD. The soils and climate were always distinctly more “champenois” than “Bourguignon”. Until the 1850s, Chablis was one of the Parisians’ favourite wines thanks to supply route via the rivers Yonne and Seine. However, with the arrival of the railway connecting Paris, Lyon and Marseille, it was soon overtaken by cheaper wines from the south of France. 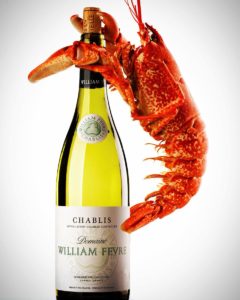 Our wine focus today is on the William Fèvre Chablis 2018. This Domaine is without doubt one of the greatest in Chablis. From humble beginnings in 1957 with a mere 7 hectares, William Fèvre soon procured some of the best premiers and grands crus vineyards in Chablis. After extensive replanting to restore these vineyards to their former glory, he proudly boasted a total ownership of 48 hectares.

Thanks to high natural acidity and salinity, Chablis is an ideal food partner for oysters and many other sea food dishes. Due to its overall freshness, it also works well with delicate, creamy sauces