Wine 5: Tuscany, home to some of the world’s finest producers of wine 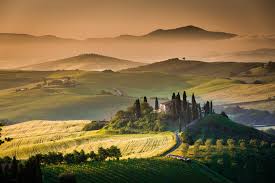 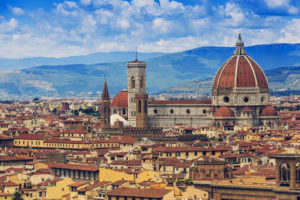 Today we head South to picturesque Tuscany where at its capital, Florence, The Renaissance began in the 14th century. Indeed, Tuscany was where so many influential personalities in the history of art and science emerged from. It is also home to some of the world’s finest producers of wine and today we touch on two very distinctive proponents of the Sangiovese grape – Fèlsina and Il Poggione. 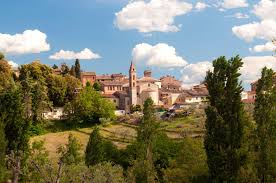 Fèlsina is based in the commune of Castelnuovo Berardenga, which lies at the southern end of the Chianti Classico appellation, just a few kilometers from Siena. “There are arguably few better estates in Italy’s region of Chianti Classico than Fèlsina when it comes to capturing the essence of Sangiovese that reveal the more rustic side of the varietal”, wrote Simon in one of our latest e-mail offers. “Surely one of the most underappreciated estates in our portfolio. Their flagship range offer absolute typicity and at a fraction of the cost that one would pay for a similar quality wine from another fine wine region in Europe. Sangiovese at its best!” adds Derek, GD’s MD. 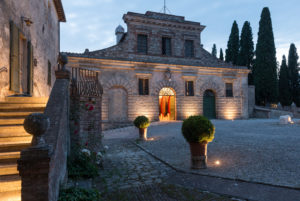 “The 2017 Chianti Classico Berardenga is a fine and precise wine that shows some of the warmth, good cheer and exuberance of the vintage, but that ultimately proves to be better contained and more carefully etched than I would have anticipated. The bouquet starts off with black fruit and light shadings of spice, but the best part is in those mineral aromas of flint and slate.” – Monica Larner for Robert Parker’s Wine Advocate. 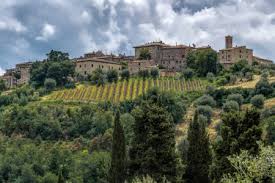 Further south is the medieval, hilltop town of Montalcino. The town has hardly changed in appearance since the 16th century. The town has become a household wine name courtesy of Brunello; responsible for some of the world’s best red wines. Montalcino was already well-known for its fine red wines during the 15th century, however, the formula for the renowned Brunello di Montalcino was invented in 1888 by Ferruccio Biondi Santi. He first had the idea of doing away with the grapes used in the traditional Chianti recipe, such as Canaiolo and Colorino, and using only Sangiovese.

Our wine focus today is on the younger, more accessible version of Brunello, the Rosso (meaning “red” in Italian) di Montalcino. Possessing excellent structure and fruit character, the Rosso di Montalcino is a very important wine to Tenuta Il Poggione. Produced entirely from Sangiovese grapes sourced from the estate’s younger vineyards, the Rosso is aged for 12 months in large casks before a period of bottle aging prior to being released to market.

The Sangiovese grape derives its name from the Latin sanguis Jovis, which translates as “the blood of Jupiter”. It has relatively high levels of tannin and acidity which makes it ideal to pair with food. The Sangiovese grape is a bit of a chameleon as it adapts and changes according to its environment: the wines can be very earthy and rustic from Chianti Classico, and then be more broad shouldered and displaying denser fruit from Montalcino. You can pair Sangiovese wines with an array of red meat, rich chicken or mushroom dishes and just about anything prepared with tomato sauce.