We zoom past Beaujolais and the steep hills of the Northern Rhône, down the Rhône river to visit Châteauneuf-du-Pape, the wine blender’s paradise.

Châteauneuf-du-Pape literally means “the Pope’s new castle” in French. The history of this appellation is firmly intertwined with papal history. In 1308, Pope Clement V, former Archbishop of Bordeaux, relocated the papacy to the town of Avignon, which became the seat of the Roman Catholic Church (between 1309–1377). Although he was an avid wine lover, he was more focussed on Burgundy wines than the ones being made around him. It was John XII who substantially improved the viticultural practices in the region. He erected a castle and planted vines (this was around 1317). At the time, the wines were known as “Vin du Pape”. It took nearly 6 centuries before the region was officially named Châteauneuf-du-Pape in 1893. In 1936, it also became the very first French wine appellation to be recognised. 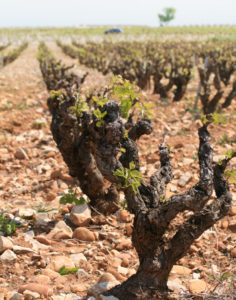 The region of Châteauneuf-du-Pape is famous for its vineyards being scattered with pebbles referred to in French as “galets roulés”. Their significance is that they reflect light and absorb heat during the day and radiate the vineyards at night when temperatures drop. The red wines, although predominantly Grenache, are often blends made up of the 15 official grape varietals. As a result, the styles of red Châteauneuf-du-Pape vary greatly but the best are ripe and vibrant when young, softening out and displaying tremendous complexity with age.

Our wine today is the Juliette Avril Châteauneuf-du-Pape 2017.

“Avril’s cuvée tradition, the 2017 Chateauneuf du Pape, is a blend of 65% Grenache, 25% Syrah and 10% Mourvèdre, aged in a combination of foudres and cement tanks. Some herbal notes accent raspberries and stone fruit in this f 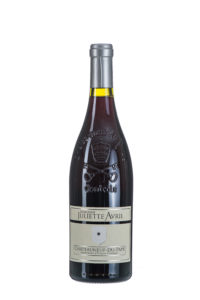 ull-bodied wine, which is silky enough, with a peppery finish. It’s well made and harmonious, if not particularly intense or long.” – Joe Czerwinski, Robert Parker’s Wine Advocate

Domaine Juliette Avril’s wine is very versatile when it comes to pairing. It is best served with all types of classic meat dishes and a range of stews. It makes for a great braai wine and you could also pair it with hearty fish courses like tuna, and vegetarian meals containing mushrooms, aubergine and tomatoes.