Winds of Change in Burgundy: how will this impact wine lovers?

We have travelled to Burgundy every year since 1999 to taste the new vintages straight from barrel. Our last trip revealed some challenging realities which will in time affect Burgundy wine lovers. Derek Kilpin, our general manager shares his findings.

Burgundy and its various one hundred appellations are a UNESCO world heritage site, so as a region it proudly trumpets its mosaic of terroirs and the resulting nuances that are extracted from this fragmented and wonderful landscape.

It is a region very close to our hearts, as it is the heartbeat of our niche wine importing business and it has been injecting vinous energy into our veins ever since our inception in 1999. Our latest annual visit in December last year, to taste the 2015 vintage from barrel, revealed some concerning realities about this special region that has only recently become one of the darlings of the fine wine world.

Like many European regions, winemaking here dates back to the Roman-led culture in the 1st century AD, but it was really the Catholic monks who established the vineyards in the Middle Ages. Generations of monks dedicated their lives to the growing of grapes and making of wine for the church and aristocratic Dukes of Burgundy. 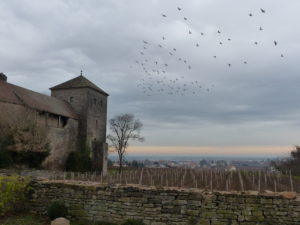 Geographically, the region was once part of a tropical sea some 200 million years ago, which helped create the magnificent limestone and clay soils that we know today. Excluding the generally larger Burgundy areas of the Côte Chalonnaise, Mâconnais, Beaujolais and Châtillonnais, our specific focus lies in the Côte d’Or (Côte de Nuits and Côte de Beaune) and Chablis. This is the ancestral home of Pinot Noir and Chardonnay and few wine lovers around the world would dispute the majestic complexity that these grapes and the resulting wines can achieve here if nurtured correctly.

Without fail we travel to Burgundy every year and this last December we really noticed that significant changes are afoot. Back in the early days, December was the perfect time to visit Beaune, Burgundy’s unofficial headquarters. A few decent comfort food restaurants, with some attractive low mark-up wine lists, sub-zero temperatures to keep the tourists away and a couple of authentic wine shops run by enthusiastic locals. The landscape has since changed. The town is now booming – leading to some spill-over of activity into neighbouring villages. Michelin stars now light up the RN74 – the 54 kilometre stretch of regional road which services the Côte d’Or. There has been a proliferation of restaurants in Beaune; more Parisian in feel compared to the authentic, almost backwater wine town eateries of a decade or so ago. Food choices have dramatically improved and quality overall is impressive – thankfully most still offering the traditional jambon persillé, escargots and boeuf bourguignon!

This success and boom-time for Burgundy comes at a price for the wine lover. With a few exceptions, for example Ma Cuisine and La Table Du Square, prices in restaurants and now numerous wine shops for the blue-chip and near blue-chip bottles are unaffordable. One of our favourite wine shops in Chassagne-Montrachet now has a Chinese store manager – a significant indication of which clientele they are looking to, and indeed do, attract. The Chinese wine market has been one of the large contributing factors to the turbo-charged demand for the region’s liquid jewels since the mid-to-late 2000s.

The other train on the parallel set of tracks to the one currently carrying the gravy, has compartments filled with the region’s huge challenges, including catastrophically low yields since 2011, as well as the reality and impact of inheritance taxes when Domaines change hands.  Not to mention the very serious threat and presence of fraudulent bottles muddying the waters of the fine wine market (we noticed ‘proof-tags’ on Roumier and Leflaive bottles for example).

Never before has Burgundy produced wines of such high quality. Low yields, and ever-increasing demand has meant prices have been on a steep, upward eye-watering curve.  This has meant a few things; one of which is that the value of land has become exorbitant. As a result, in many cases, this makes the handing over of one’s family vineyards to the next generation prohibitive, due to the inheritance tax payable.

This complex scenario affects the haves and the have-nots in different ways. The have-nots are those growers from less fashionable appellations with less cachet, who haven’t had much wine to sell in the last five years and may now have to consider selling all or part of their vineyards as they may not be able to afford to continue running their domaines – their heritage. This will be tough as the Burgundians are a very proud bunch. This was amazingly portrayed by a recent initiative in the village of Volnay, which has been decimated by hail in the last few vintages. A relief fund was set up for farmers who needed assistance to stay in business after these repeated climatic occurrences and all they needed to do was state their case and apply for these no-strings-attached funds. Not one producer came forward to ask for help.

But, some will no doubt have to sell and this creates a gap for those with deep pockets to start acquiring slices of agricultural gold up and down the Côte d’Or. The likes of the big négociant houses are the logical players here. Land is also out of reach for even the most successful domaines thus sparking an interesting opportunity for dynamic wine operations to create mutually beneficial partnerships. Exclusive international wine club, Ficofi for instance, has done just that by utilizing their wealthy customer base to acquire just less than 0.5 hectares of the Flagey grand cru, Echezeaux, for the princely sum of 6.5 million Euros! The arrangement is then such that Ficofi offer big name producers some of the grapes from these high-profile parcels to make their own wine with, and in return they vinify and make wine from this parcel for Ficofi and their thirsty billionaires.

Similar deals have been done by the respected Hong Kong outfit, Pearl of Burgundy, who have allowed the likes of the mercurial Jean-Marie Fourrier to work with parcels of land that he perhaps could never have dreamed of.

What does this all mean? I think that over time more and more Burgundy lovers will be unable to pay these increased prices. The 2015 vintage’s prices are now being released, which reveals the jumbled nature and almost confused state of where Burgundy is and where producers feel they should position themselves. Some producers like Bouchard Père et Fils, a high class négociant which is also a significant land-owner, has admirably increased its prices by a mere 1%, but other in-demand labels have chosen to take a more Bordeaux-like stance increasing by 15%-20%. This increase comes off an already high base from the 2014 vintage and is attributed to the quality of the 2015 vintage, of which there is no debate although the classicism and purity of the 2014 vintage cannot be overlooked at all.

The landscape’s ownership may then also shift more into the hands of the négociants (perhaps a throwback to a version of the 1930s, when the négociant was so powerful) and select lucrative organisations. This encroachment has already started further south where many of the négociants and several domaines are now investing in the more affordable land of Beaujolais (currently going through a relatively under the radar fine-wine revolution), Côte Chalonnaise and the Mâconnais. Even white wine Number One, Domaine Leflaive, has recently expanded to a select part of the Mâcon. 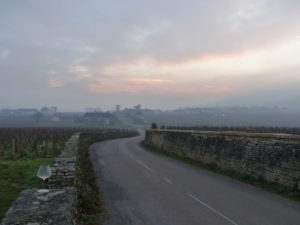 Blinded by Euros, some vignerons will unfortunately ride this magic carpet of high prices for as long as possible, making the jobs of those ‘grounded’ Burgundians below them so much harder. The greatest domaines will continue to produce majestic wines at higher prices and fewer of the true wine lovers will be able to afford to drink or buy them – leaving the bottles in the hands of the super-rich.

Great Domaines is fortunate to buy everything directly from our twenty-nine producers on an exclusive basis, thus mitigating a large chunk of the over-inflated pricing one currently finds in the market.

In amongst this high-pricing haze, the Burgundy spirit is definitely alive and quality has quite simply never been better. Three hours in the cellar with vigneron-cum-comedian, Sylvain Pataille, and his boundary-pushing passion for Burgundy’s forgotten Aligoté grape, is quite simply inspirational.

Then there is the definition of the humble vigneron, namely Frederic Lafarge of Domaine Michel Lafarge, who welcomed our group for a tasting even though they have been ravaged by hail for consecutive vintages and quite simply have miniscule amounts of wine to sell, let alone make available for tasting.

Not to mention the gentle and warming thoughts from the old guard, Jean-Charles le Bault de la Morinière at

Corton-Charlemagne’s Domaine Bonneau du Martray. His speech this year riddled with a glowing emphasis on the importance of the preservation of the spirit of Burgundy. Co-incidentally Wayne and I walked out of the domaine in December following our tasting and questioned what Jean-Charles’ succession plans were. Two weeks later the news broke that a majority stake in Domaine Bonneau du Martray had, after two centuries of family ownership, been bought by Screaming Eagle owner, Stan Kroenke. We trust and hope that he takes the domaine forward with all of Jean-Charles’ Burgundy ideals at heart.

Long live the greatness of Burgundy in these complex, challenging and exciting times.

The 2016 Burgundy vintage will probably be remembered for its dreadful April 2016 frost which desimated so many vineyards; affecting th...

END_OF_DOCUMENT_TOKEN_TO_BE_REPLACED

Great Domaines is very proud to announce that we will be hosting Cyrielle Rousseau, great granddaughter and daughter of Armand and Eric...

END_OF_DOCUMENT_TOKEN_TO_BE_REPLACED

We are greatly saddened to hear of the passing of Charles Rousseau of famed Burgundian producer, Armand Rousseau.Having h...

END_OF_DOCUMENT_TOKEN_TO_BE_REPLACED

Today we put two significant innovations in the modern wine world up against one another: The Coravin and Kuvée wine preservation syste...

END_OF_DOCUMENT_TOKEN_TO_BE_REPLACED

The Great Burgundy Report of 2013

Jancis Robinson MW has released her 2013 Burgundy Report with reference made to what she terms a “fairy-tale vintage". Most of the grow...

END_OF_DOCUMENT_TOKEN_TO_BE_REPLACED

David Finlayson from Wine Goggle writes about his DRC experience

A member of the cape winemakers guild and influential South African winemaker David Finlayson, tells us about his experience with Domai...