Great Domaines celebrated its fourth annual Burgundian feast on the 11th of November: La Paulée de Johannesbourg. “Inspired by the original La Paulée de Meursault, it is an opportunity for fanatical Burgundy lovers to meet and share great bottles from their cellars with each other. The pleasure derived from drinking a great wine is increased greatly by sharing it with like-minded people” says Wayne Visser, founder of Great Domaines. 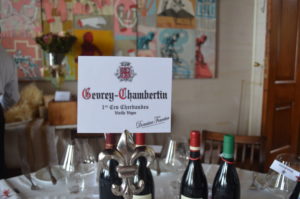 La Paulée de Johannesbourg is also a philanthropic event. Great Domaines is dedicated to transformation in South Africa; starting with education. “We are privileged to be able to enjoy some of the greatest wines in the world and these are generally bought by people generous of spirit. La Paulée is an opportunity for privileged wine lovers, who are our friends, to make a difference through their donations” says Visser. “Responsible wine enjoyment is a symbol of civilised society and education is one of the pillars of civilisation. This is a cause well-worth supporting!” he adds. 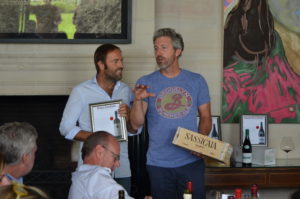 To date, the Great Domaines trust, founded and funded initially by Wayne Visser and Venetia Buissinne in their personal capacity, has contributed towards the education of six children. This year 2 new children, Celo and Memory, starting Grade R at Houghton Primary, will be sponsored by the trust. 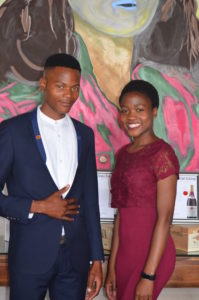 “I would like to thank you, our generous sponsors, as the GD Education Trust has helped me to have a better start in my life. While I was at primary school I met good people who have positively influenced my life. Wayne Visser and Venetia Buissinne started me on the Trust” says Emmanuel, one of the original six children. “I appreciate that education is the key to success. I have completed a computer science course which earned me a trip overseas to the Boston museum, completed matric and passed both levels 1 and 2 of the Wine and Spirits Education Trust” adds Emmanuel.