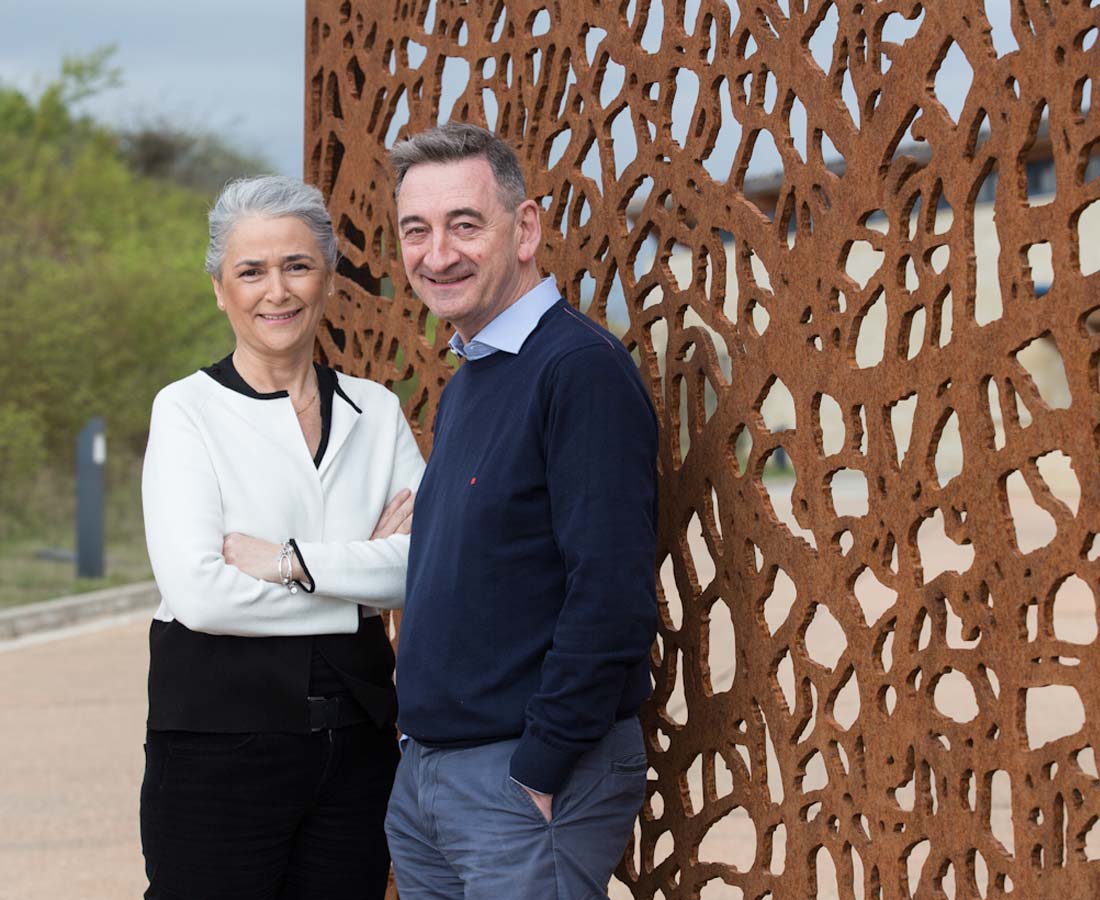 Listed as one of British Master of Wine Tim Atkin’s “Second Growth” estates in his 2019 Rioja Special Report and with the 2012 Reserva shortlisted as one of the year’s “Wines of the Year”, Valenciso continues to etch out its own distinctive space in Rioja wine.

Luis Valentín and Carmen Enciso started a project together in 1998 following the sale of Bodegas Palacio where they both worked for a number of years. They decided to join forces and their last names to create the Bodega Valenciso. The purpose behind the project was to focus on producing a single red Rioja wine exclusively from old Tempranillo vines in Rioja Alta. Twenty years on and the Valenciso name and its Rioja Reserva have garnered a formidable reputation in Spanish wine. The wine is produced from a blend of 18 parcels of old vine Tempranillo, all situated within a 10-kilometer radius of the winery in Ollauri. A distinctive feature of Luis and Carmen’s approach is the use of concrete tanks for the fermentation, which allows for a gentler extraction of fruit and colour. From here, the wine is racked off into French oak barrels where it spends 19 months to mature before spending a further 2 years stabilising in concrete again. The hallmarks of the Valenciso style are freshness and balance, which result from combining the tradition of blending in Rioja with a modern, innovative approach developed from years of experience making wine in the region.

Valenciso has followed sustainable viticultural practices since 2006 and as of 2019, is now farming 100% of its vineyards organically.

White and rosé are not wines that immediately come to mind when talking about Rioja. Like much of Spain, Rioja is first and foremost a producer of red wine and Valenciso is no exception. However, what this does mean is that when the relevant fruit is in the hands of the right winemaker, the resultant wines are something special. The 2018 White is a blend of 70% Viura and 30% Garnacha Blanca (Grenache Blanc), with very low yields of fruit coming from 100-year-old vines planted in Ollauri, Haro and Villalba in the North of Rioja Alta. The pressed juice is fermented in oak and the wine remains in the same barrels to age on its lees for around 6 months. Comprising 100% Tempranillo, the 2018 Rosé is produced from a single vineyard, Los Turcos in Haro. Being a red grape varietal, this rosé of Tempranillo is produced using the saigné technique, which entails ‘bleeding off’ the juice from the grape skins after some hours (in this instance 12) to extract gentle colour. The juice is then fermented on the less for 4-5 months. A mere 2,200 bottles of the 2018 were produced.