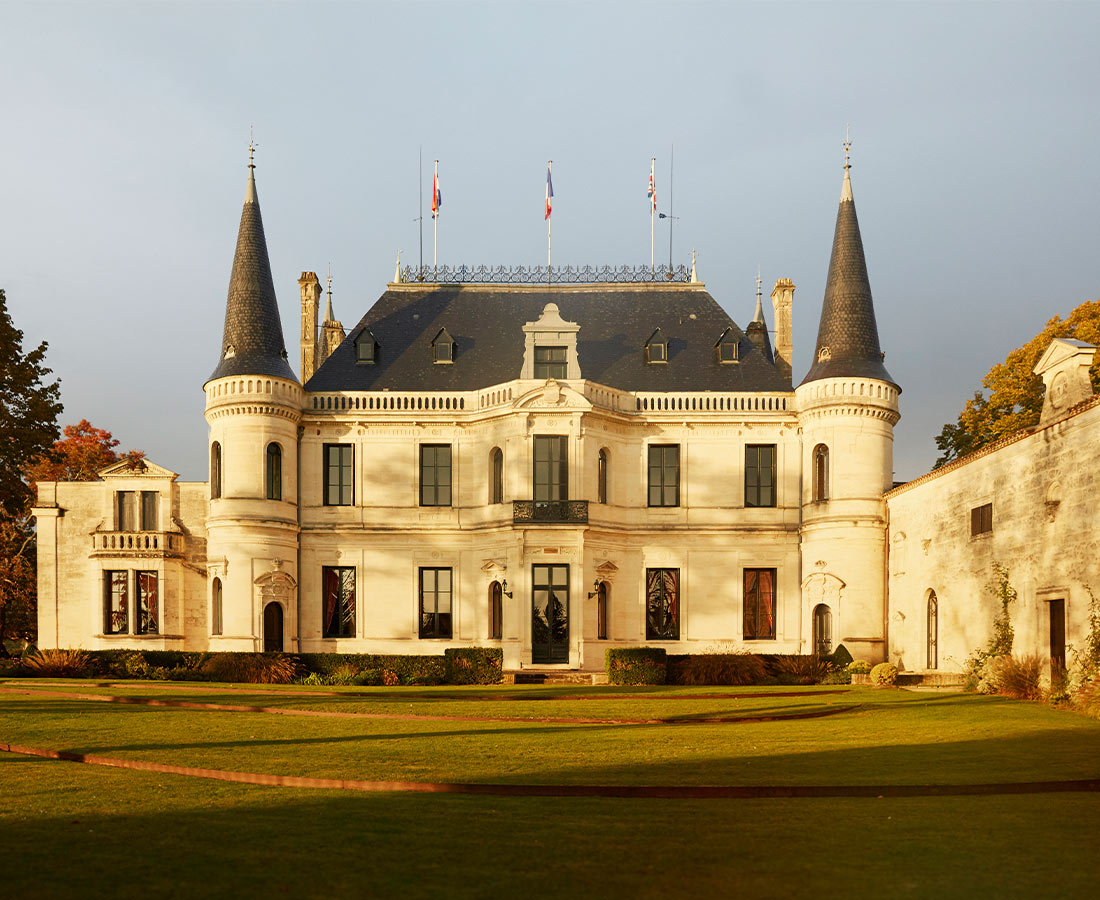 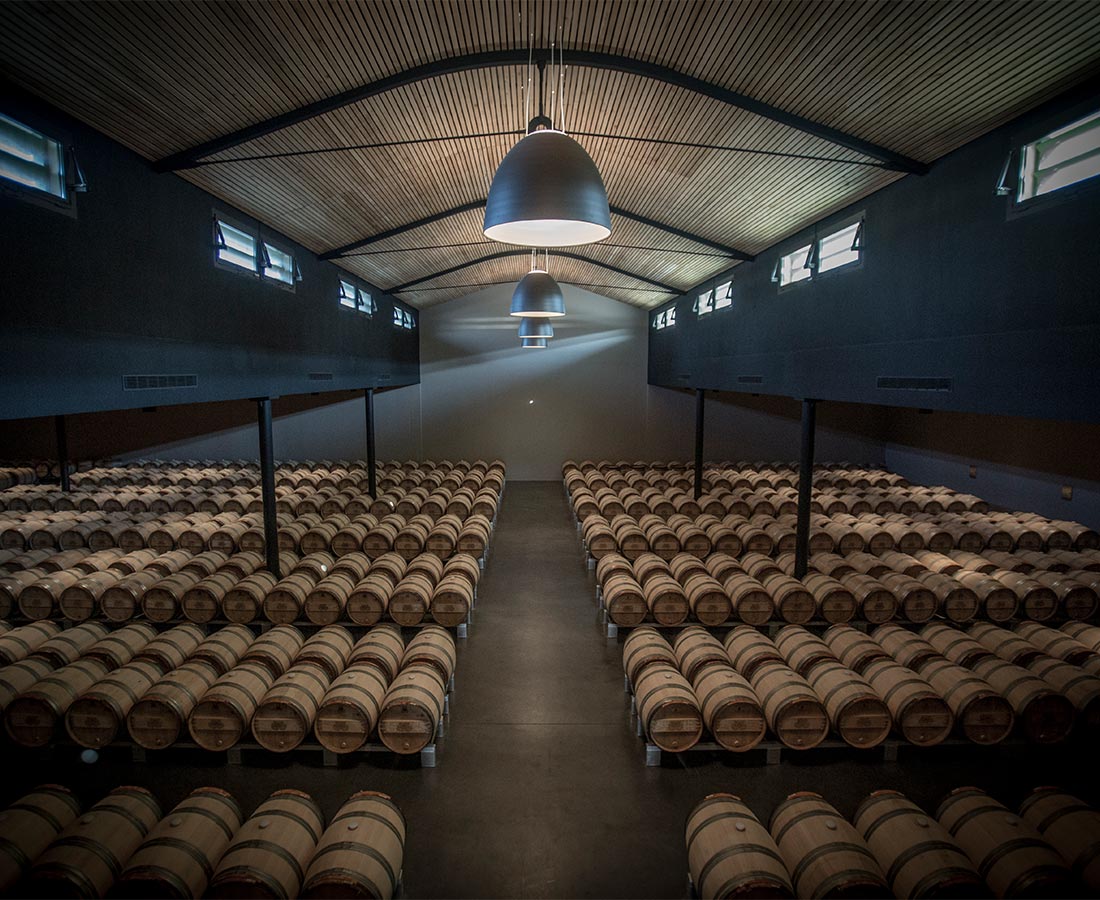 Situated in southwest France, a bird’s eye view of the wine region of Bordeaux begins with its rivers. The left bank of Bordeaux is on the Atlantic Ocean side of the rivers Gironde and Garonnne, and the right bank to the right and north of the Dordogne river, which also feeds into the Gironde. The area in between the rivers is known as Entre Deux Mers (“between two seas” in French).

With 57 appellations, Bordeaux is the biggest producer of appellation designated wines in France. Bordeaux is home to many of the world’s most famous wine estates, but they comprise only a small proportion of the area’s 120,000 hectares of vines. The history of these vines can be traced back some 2,000 years to when the Romans ruled the area.

It was in the Middle Ages when the union of Henry Plantagenet and Eleanor of Aquitaine opened the Bordeaux region to the English market. The very name ‘Bordeaux’ is derived from the French “au bord de l’eau” which means “along the waters” – in reference to the Gironde estuary and its tributaries. During the 13th century, the Médoc was still a barren marshland and it was the Graves which was the principal wine region of Bordeaux. It was in the seventeenth century that Dutch traders began to drain the marshland around the Médoc, which in turn encouraged the planting of vineyards. Between 1875-1892, almost all vineyards in Bordeaux were decimated by Phylloxera infestations. It was thanks to the grafting of native vines on to pest-resistant American rootstock that saved the wine industry. Some grape varietals responded better to the grafting than others. The likes of Cabernet Sauvignon, Cabernet Franc, Merlot, Sémillon, Sauvignon Blanc and Muscadelle all became the leading grapes in Bordeaux.

In general, the left bank is known for its Cabernet Sauvignon-dominated wines and the right bank for its Merlot. The main white varieties are Sémillon and Sauvignon Blanc, with Sémillon being at core of Bordeaux’s sweet wines of Sauternes and Barsac. Some excellent dry white wines are made under the AOC Graves or AOC Bordeaux labels.

Bordeaux’s best wines are not typically sold directly to distributors, importers and private buyers around the world, but instead go through a body of some 400-odd merchant houses known as négociants. Even the great Bordeaux wines are made in big volumes, especially on the left bank, and this means that these wines can be found all over the world. As a result, it is important to question the provenance and storage of these blue-chip wines whenever they come onto the market. Great Domaines currently partners with a few of these négociants who have a long history of buying wine directly from the various chateaux en primeur or directly from the wineries’ personal stockholdings. Wines are then bought by us and brought directly into South Africa to make them available to Bordeaux lovers (in loose bottle quantities which is not something made possible in the likes of the UK market where only full cases are traded. The opportunity to mix and match bottles of Bordeaux of this calibre is an enticing opportunity). 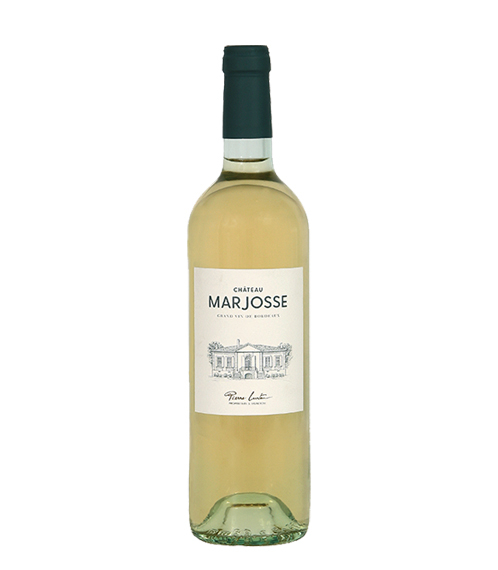 R275.00 inc. VAT
"A stunning value, Pierre Lurton’s 2018 Marjosse Blanc is loaded with citrus, mint and white flower notes. This mid-weight, crisp, dry Bordeaux is a fabulous aperitif wine, but will also drink well at the table with lighter fare. It is an ideal wine for the spring and summer months. The blend is 40% Sémillon, 30% Sauvignon Blanc, 20% Sauvignon Gris and 10% Muscadelle." - Antonio Galloni, Vinous
Add to wishlist
Add to basket
Quick view R8,795.00 inc. VAT
"Tasted blind at Farr Vintners 2007 Bordeaux tasting. The 2007 Le Tertre-Rôteboeuf has an irresistible bouquet with plush red and black fruit, crème de cassis and vanilla pod, almost Burgundian in style and billowing with aeration in the glass. The palate is medium-bodied and plush with dark plum, macerated red cherries and strawberry. But this is all about that velvety texture and the weight and concentration on the finish. Surely this is Tertre-Rôteboeuf? It is! Perhaps the most delicious wine of the vintage." - Neal Martin, Wine Advocate
Add to wishlist
Add to basket
Quick view
CONTACT US
DOMAINES
Shopping cart
close