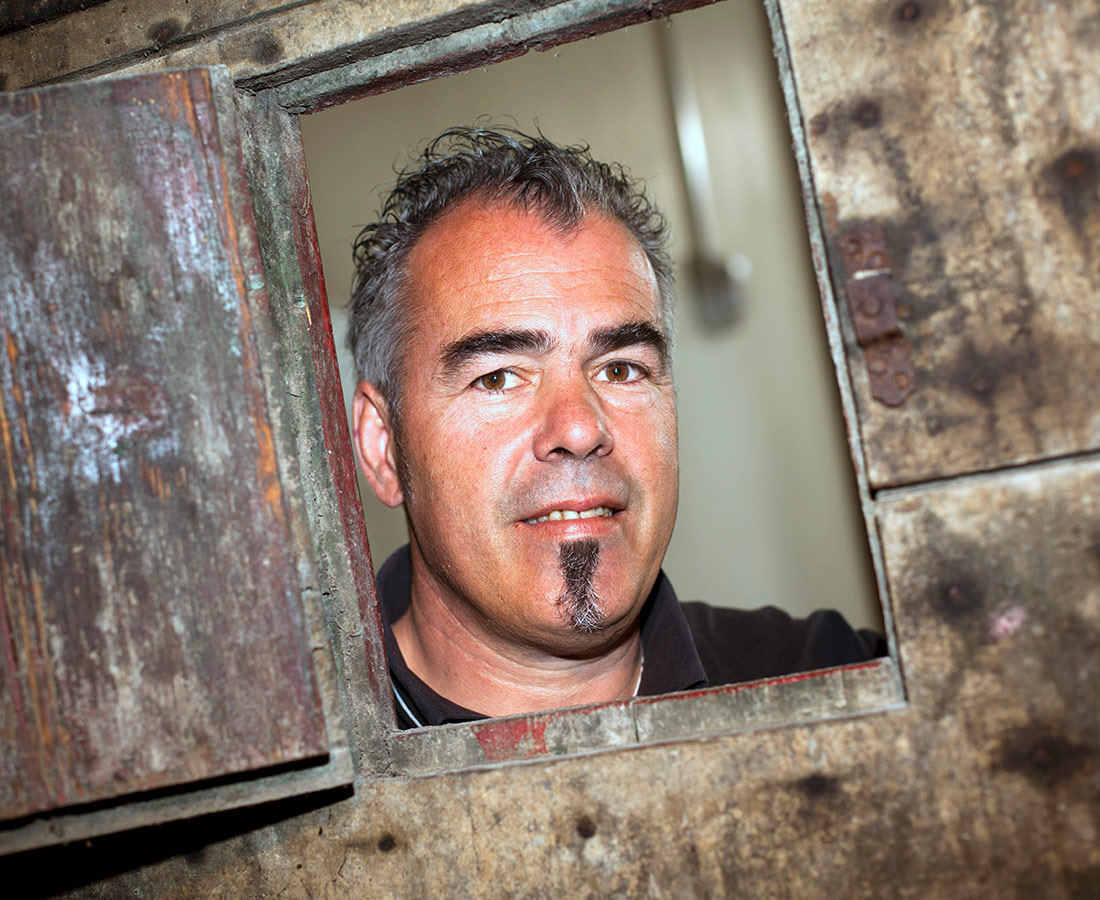 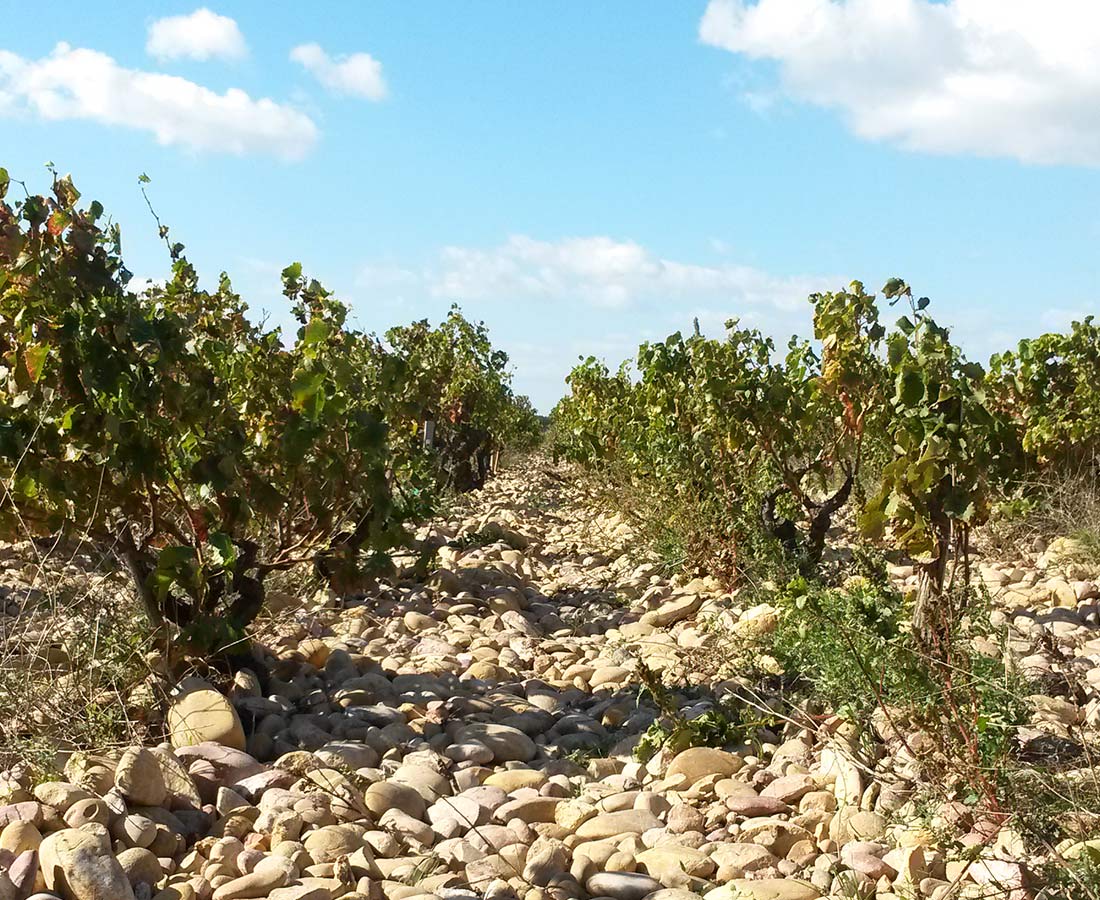 The story behind Châteauneuf-du-Pape’s Le Clos du Caillou is one worth telling and the wines are expressions of its terroir worth experiencing.

In 1895, a renowned French engineer by the name of Elie Dussaud (1821-1899) bought an estate named Le Clos (due to the 3-kilometre-long stonewall surrounding it). At that time, it was mostly all forest. The purpose of the acquisition was to use the grounds as a hunting destination. Before his death and four years after the purchase, Dussaud built a small cellar for wine making. He also built the mansion, which was later restored and today it serves as the residence of the Vacheron family.

When it was time to demarcate the boundaries of the new appellation of Châteauneuf-du-Pape, Dussaud was not interested in playing a part in it. As the geological experts arrived at Le Clos to investigate soil conditions, they were met by a shotgun and told to stay away. Consequently, only 9 hectares of the estate’s vineyards as we know them today ended up falling under Châteauneuf-du-Pape classification. The vineyards inside Le Clos were not included in the appellation and so the best wines from Le Clos du Caillou bottled as Côtes du Rhône are made from fruit from these vineyards. They have 44 hectares in the Côtes-du-Rhône appellation.

The transition of the estate from a forested hunting ground to one of the best producers in Châteauneuf-du-Pape began when Claude Pouizin acquired the property in 1955. He cleared some of the forest and planted vines in its place. As such, most of Le Clos du Caillou’s vineyards were planted between 1955 and 1978. For cellar space, the ancient cellars of the late 1890s were used and in 1980 the first export order was shipped.

In 1995, after 40 years of hard work, Claude Pouizin wished to retire. It was only Sylvie, the youngest of his three daughters, who had any interest in taking over. She was married to the son of a winegrower in Sancerre, Jean-Denis Vacheron, and living there. In 1996, the couple moved with their two children to Le Clos du Caillou to begin a new journey.

In March 2002, Jean-Denis Vacheron tragically died in a car accident. In 2001, Sylvie had already taken on the oenologist Philippe Cambie and she also hired the winemaker of Château du Trignon, Bruno Gaspard, who had been responsible for winemaking since 2002. The estate received its organic certification in 2010 and continues to experiment with biodynamic farming. The grapes for Le Clos du Caillou’s Châteauneuf-du-Papes are destemmed and experience long fermentations with an initial two day cold soak, which results in aromatically powerful wines and the style throughout the range is that of finesse and freshness without being over-ripe.

Together with her two children, Sylvie has a great support base and the future of Le Clos du Caillou remains very bright indeed. 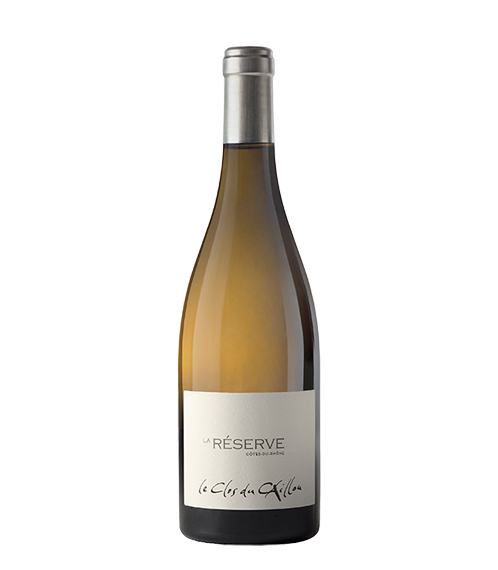 R565.00 inc. VAT
"The 100% Clairette Rose 2019 Cotes du Rhone La Reserve Blanc was vinified in tank, then aged in a mix of new demi-muids (55%) and stainless steel (45%). Hints of pencil shavings accent peach and lime notes on the nose, while the medium to full-bodied palate is smooth and silky, offering no obstacles to pure enjoyment on the way to a long, zesty finish. I wouldn't hesitate to put this up against many white Châteauneufs." - Joe Czerwinski, Wine Advocate
Add to wishlist
Add to basket
Quick view 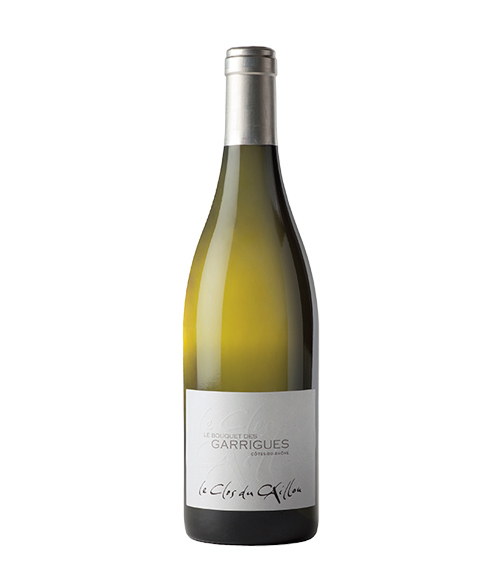 R325.00 inc. VAT
"The 2019 Cotes du Rhone Le Bouquet des Garrigues Blanc is a tank-fermented and aged blend of 40% Clairette, 30% Grenache Blanc and 15% each Roussanne and Viognier. It's more lime-like and linear than the le Caillou bottling, reflecting the different cépages as well as the terroir. Hints of green peach reveal the ripeness of the vintage while retaining a zesty quality. It's medium to full-bodied, with a silky feel and terrific length." - Joe Czerwinski, Wine Advocate
Add to wishlist
Add to basket
Quick view 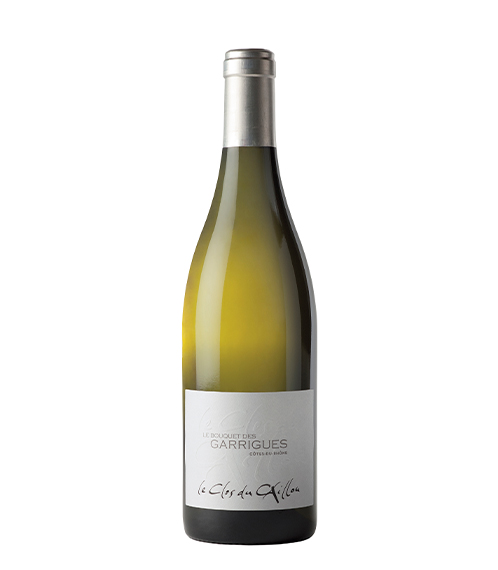