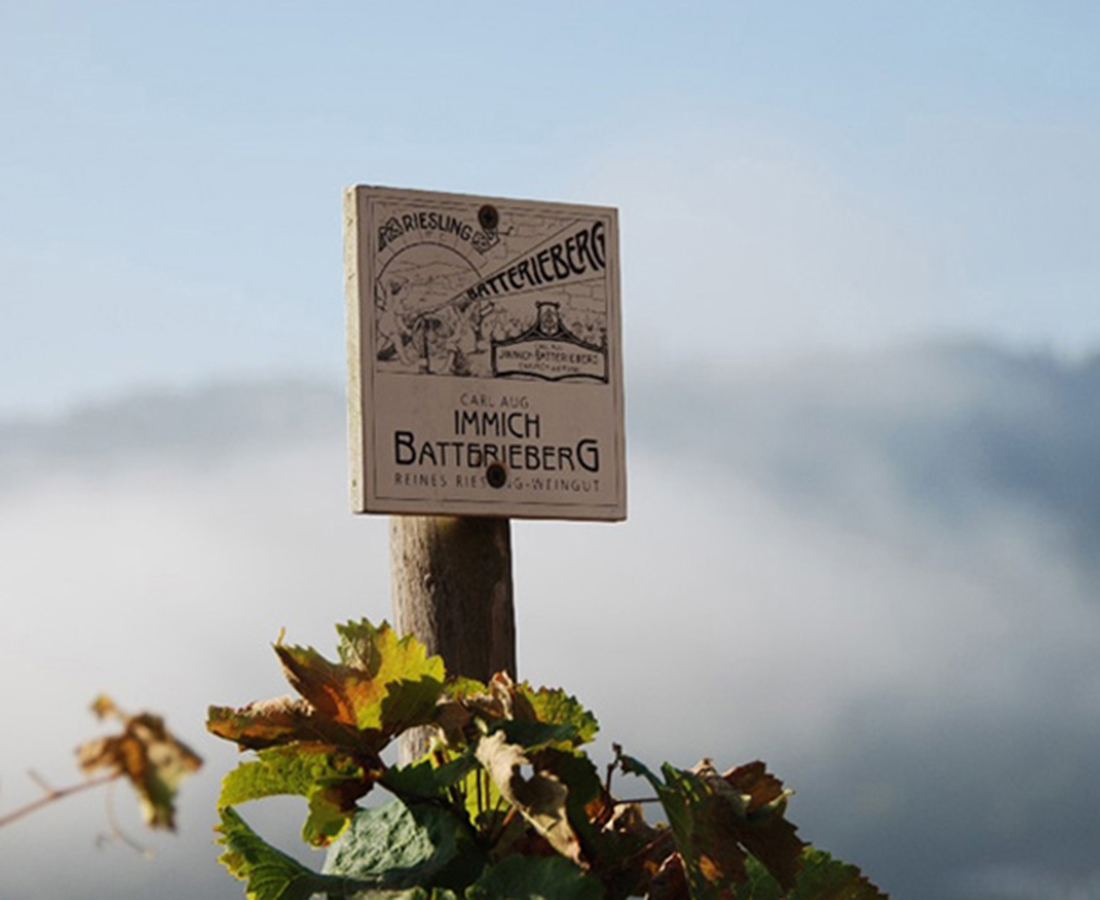 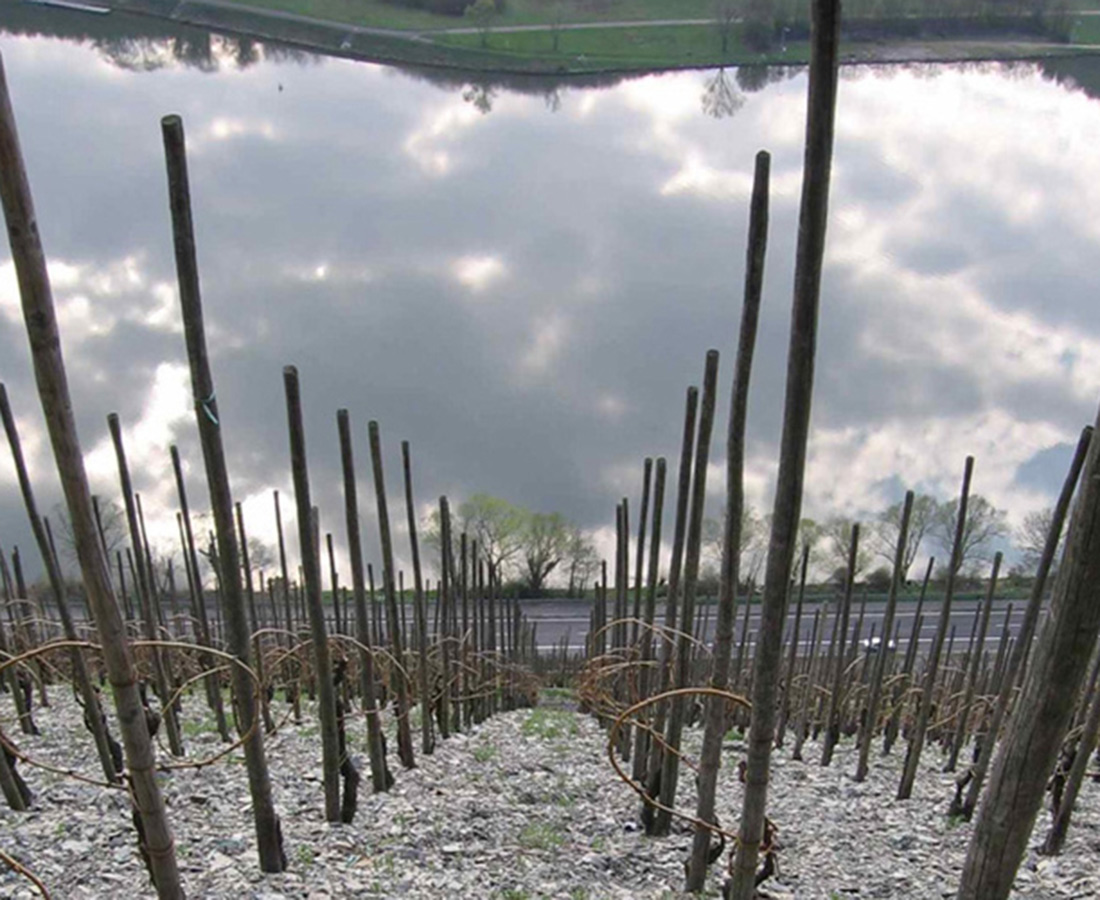 One of the oldest estates in the Mosel, Immich-Batterieberg is managed and its wines made by Gernot Kollman, one of Germany’s finest young winemakers in 2009. Kollman made a name for himself at Weingut Van Volxem (Saaar) and Weingut Knebel (Mosel).

The estate’s holdings are made up of 13 hectares of mostly ungrafted, organically farmed vines in some of the finest sites around Enkirch, including it’s namesake the Batterieberg “Einzellage” (Grand Cru). Kollman has revitalised this ancient estate, introducing minimal intervention in the winery and the use of old oak vessels for fermentation. Four cru wines are bottled, as well as two from a blend of the sites.

Steffensberg is on a side valley behind the village of Enkirch, and is characterized by deeper, softer soil composed of copper heavy red slate. To the right of Batterieberg is Gernot’s parcel from the Zeppwingert Cru. The soil is darker here. Finally, 150m further to the right is the Ellergrub. Gernot considers this his best vineyard. Here, you find the classic blue slate of the middle Mosel.

Batterieberg is a 1.1 h monopole within the Zeppwingert, and also the place that gives the estate its namesake: it was Carl August Immich’s decision to dynamite this hill between 1841 and 1845 which permitted him to create terraces and plant vines (Batterieberg translates to Battered Mountain). The slate here is grey and very rocky, with a heavy amount of quartz.

Two Mosel blends are also produced, the C.A.I and Escheburg. C.A.I (named after Carl August Immich) is a blend of the bottom rows of Batterieberg and purchased fruit from un-grafted, organic vineyards. Escheburg is in effect a ‘second wine’ made from grapes that don’t make it into the Cru bottlings.

Gernot Kollman remains one of the most keenly watched talents in German wine and for many, Immich-Batterieberg is the Holy Grail of estates – producing proper tension-filled Mosel Riesling without the cloying sweetness.