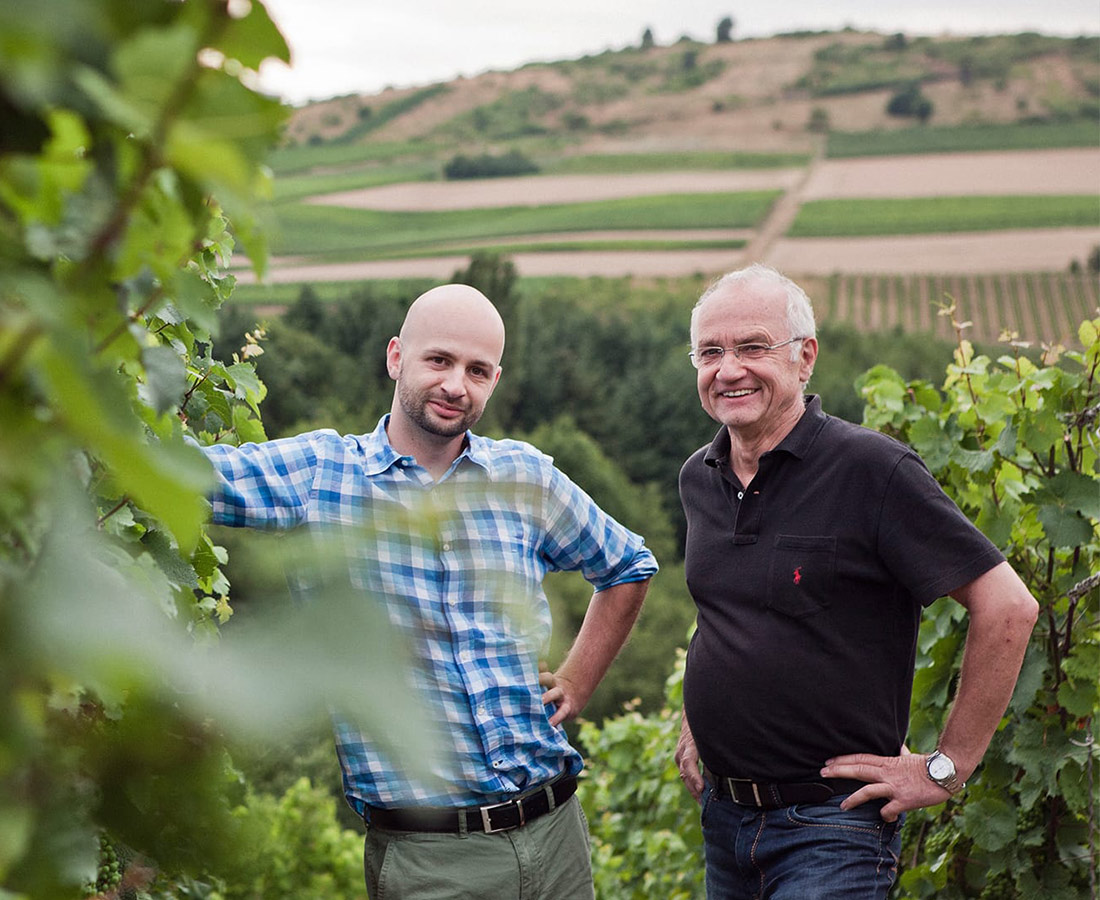 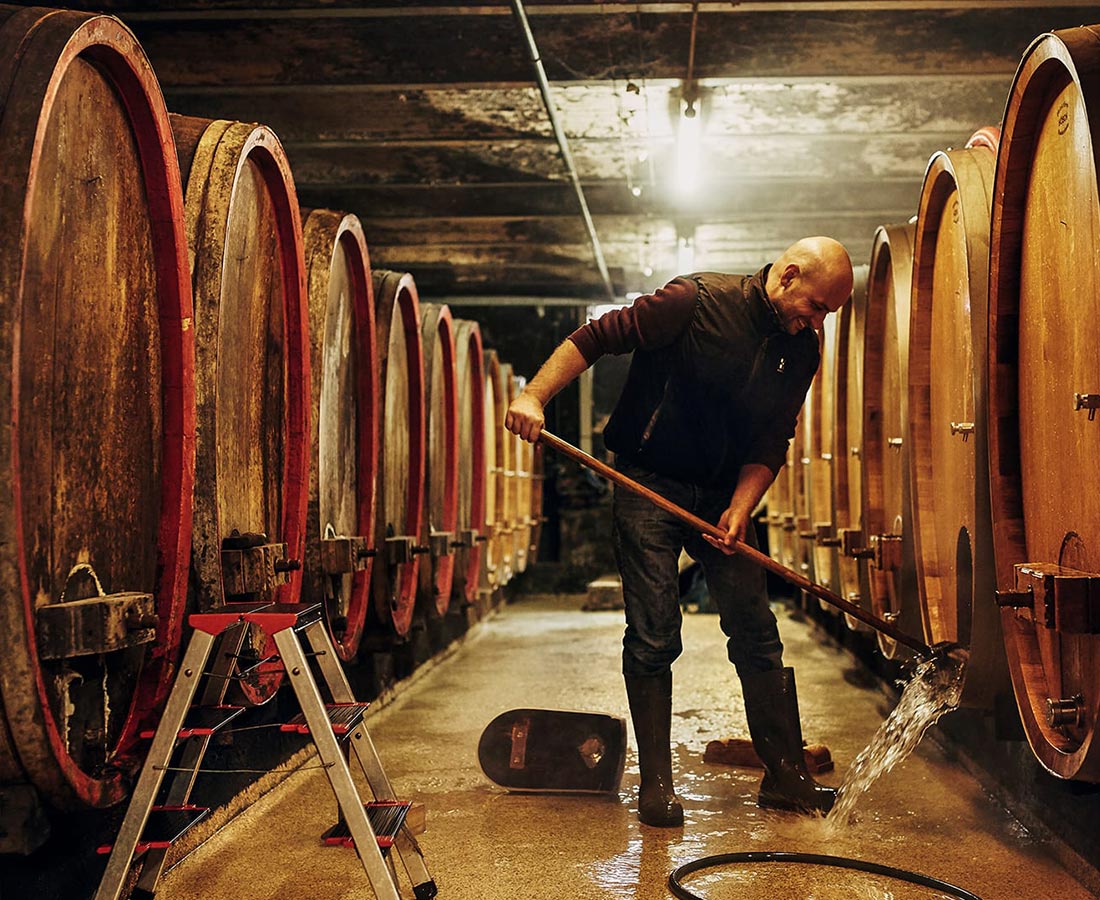 Helmut Dönnhoff and son Cornelius make probably the finest wines in the Nahe region, and are a benchmark for German Riesling as a category.

While the estate’s history can be traced back to the 18th century, it was galvanised in the 1920’s when Hermann Dönnhoff (Helmut’s grandfather) began bottling and selling single vineyard Rieslings from their best sites. The Domaine covers 28 hectares, including holdings in 9 Grosse Lage (the highest qualitative vineyard denomination in the region).

The Nahe region is characterised by diverse soil types and micro-climates. Most of the best sites lie on the steep slopes adjacent to the Nahe river itself. From the slate of Oberhäuser Leistenberg, to the porphyry (quartz rich) soils of Schlossböckelheimer Felsenberg, Dönnhoff makes wines from some of the greatest ‘Grand Cru’ of the region including Oberhäuser Brücke, their own monopole.

Helmut and Cornelius have further developed the estate’s reputation since 1966, producing elegant, racy wines characterised by tension and minerality. Fruit is fermented no more than three hours from picking in large traditional German casks of around 1,200 litres to preserve focus and clarity of the wines. Viticulture is sustainable, and vines (age ranging from 15 to 65 years) are trained low to the ground to benefit from the warmth of the stoney soils. Vineyards are not watered despite the region being relatively dry in order to encourage the vines to dig deep with their roots for moisture. Wines are aged in a combination of classic German oak barrels and stainless steel tank, depending on the cuvée.

Weingut Dönnhoff makes some of the world’s finest Rieslings – defined by their complexity, mineral purity and longevity. 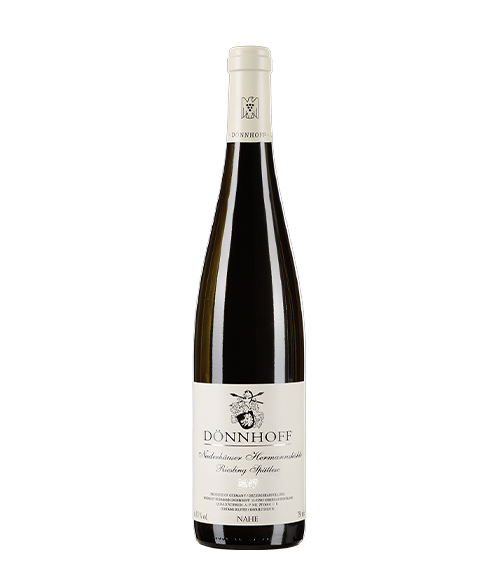 R760.00 inc. VAT
"The 2018 Niederhäuser Hermannshöhle Riesling Spätlese is deep and flinty as well as complex on the stony nose with its ripe and even stewed peach aromas. Silky, lush and refined on the palate, this is a concentrated yet pure, crystalline and delicate Riesling Spätlese with a long and complex, very mineral and filigreed, lingering salty finish. Highly stimulating and fresh. A gorgeous Spätlese from the famous Hermannshöhle. Tasted in July 2019." - Stephan Reinhardt, Wine Advocate
Add to wishlist
Add to basket
Quick view 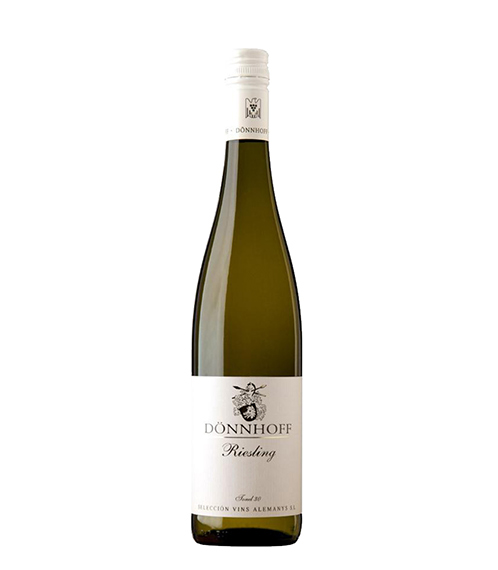 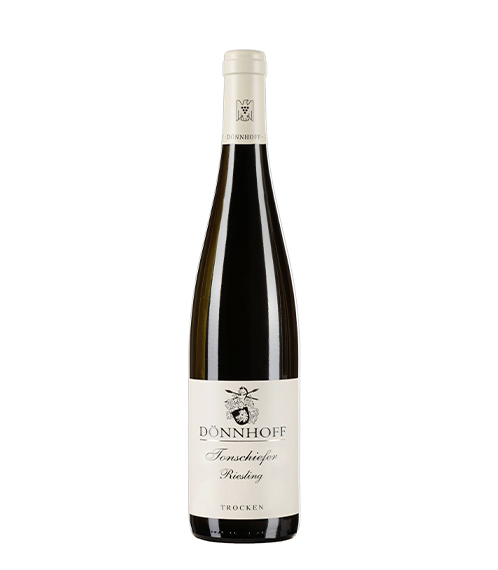 R360.01 inc. VAT
"The 2018 Riesling Trocken Tonschiefer is ripe, clear and generous on the bright and juicy nose. Lush and piquant on the palate, this is a round yet crystalline, persistently salty Riesling with stunning power. Tasted in July 2019."- Stephan Reinhardt, The Wine Advocate
Add to wishlist
Add to basket
Quick view
CONTACT US
DOMAINES
Shopping cart
close