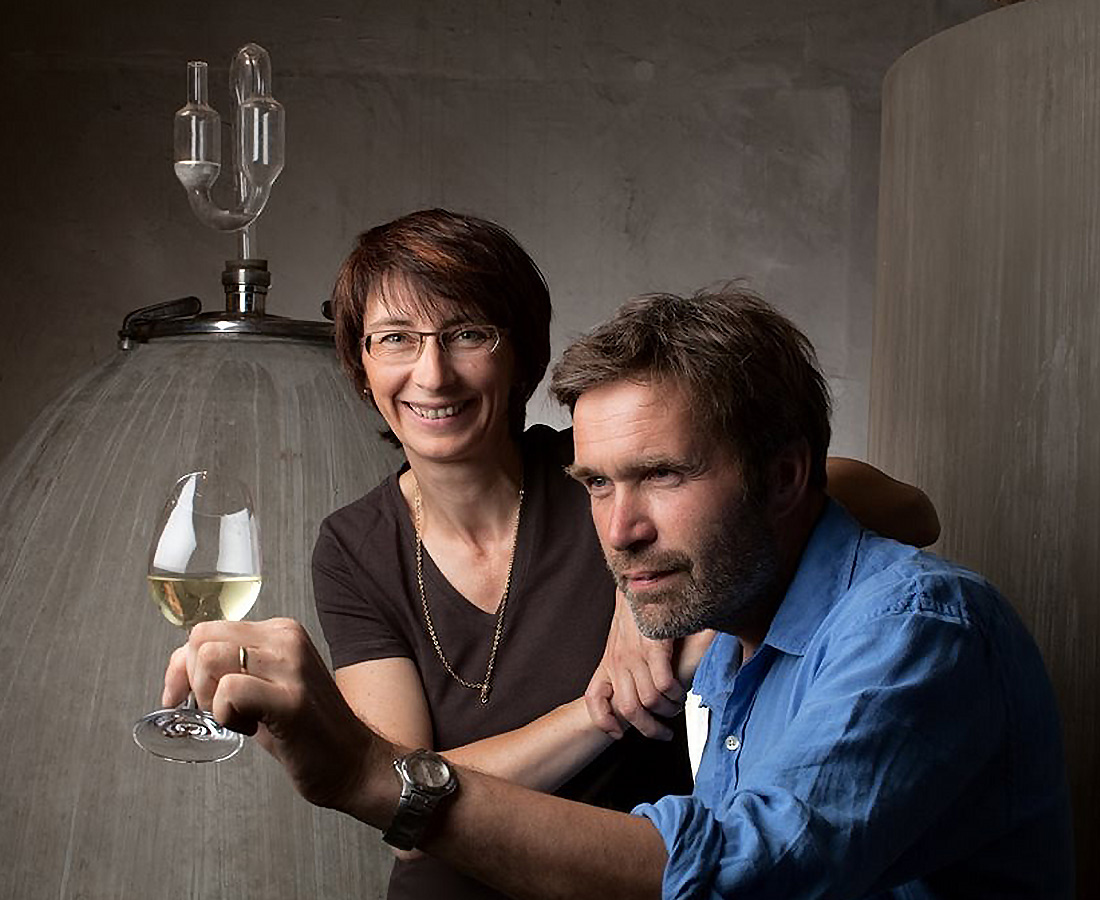 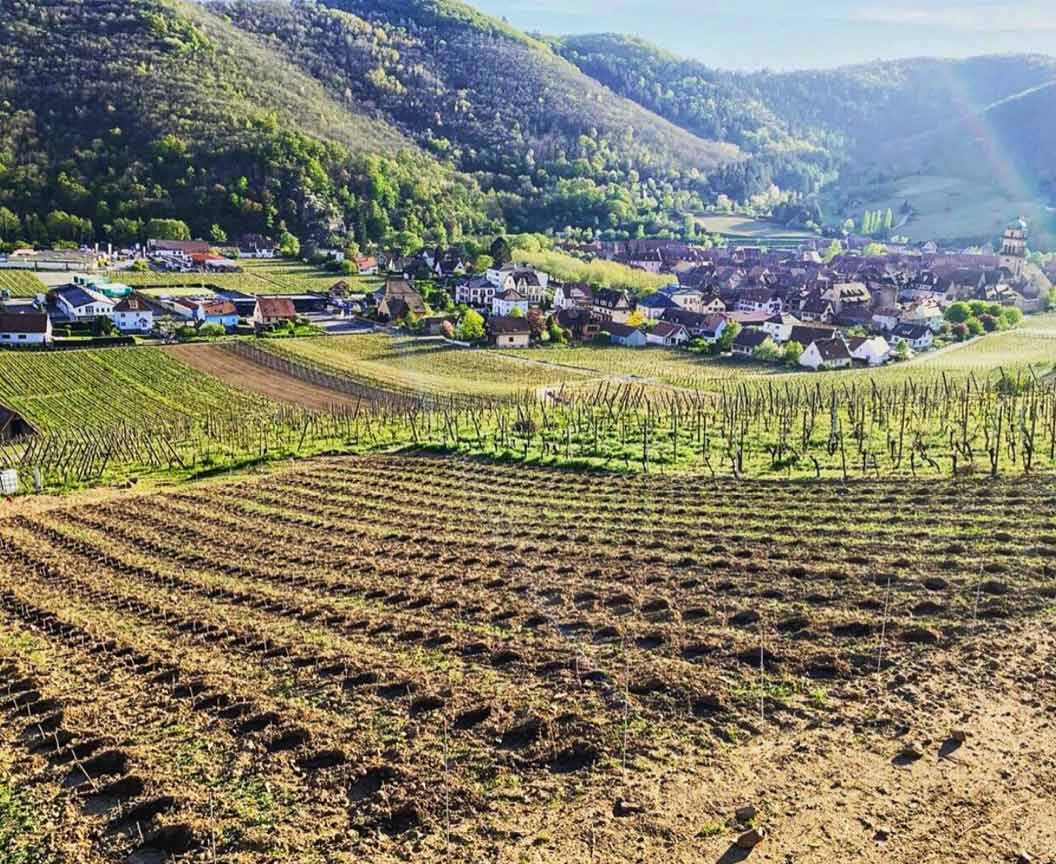 Jean-Louis Trapet of Domaine Trapet Père et Fils in Gevrey-Chambertin in Burgundy married Andrée, a wine grower from Alsace, and together they became one of the wine world’s most revered couples. Domaine Trapet in Riquwihr, Alsace is a result of this formidable duo.

“When Burgundy grape grower meets Alsatian grape grower, an only daughter with a profound affection for her local soil, they feel a primitive, uncontainable duty to draw attention to the vines that tell the secrets of their native soil, a duty that ultimately becomes a passion”.

Andrée and Jean-Louis originally felt this urge out of duty and respect for generations of Alsatian grape growers before them (Jean-Pierre and Hélène Grayer, Andrée’s great grandparents Pontius). Duty then turned into passion; a passion for the vines of Alsace, and they became determined to make them the closest possible reflection of their homeland.

Alsace is one of the wine world’s most beautiful regions and also something of a grape-grower’s paradise. It is protected by the Vosges mountains to the west and the Black Forest to the east. The mountains protect the vineyards from the rain so the region is warmer and drier than one might expect – a continental climate, with cold winters and hot summers which allows for the ripening of grapes in this marginal latitude. The history of wine in Alsace is rather complicated and the region has been subjected to territorial conflict in the past, resulting in the mix of both German and French elements in its heritage.

Aromatic whites make up the noble varieties here; the Germanic region is famous for its Riesling, Pinot Gris and Gewürztraminer. Grand Cru classified wines from Alsace tend to be noticeably richer, while retaining their balance and freshness. They also possess the structure to age for decades. In addition, due to their sweetness and acidity, these are some of the most food-friendly wines around.

The domain presides over some special vineyard parcels, all farmed biodynamically, including four grands crus (Sonnenglanz, Schoenenbourg, Sporen and Schlossberg) and three lieux-dits (Beblenheim, Zellenberg, Hunawihr). In the cellar, there is no rush but the utmost attention to detail is given. The maturation on certain wines is as long as two years, which means the wines possess significant potential for ageing. 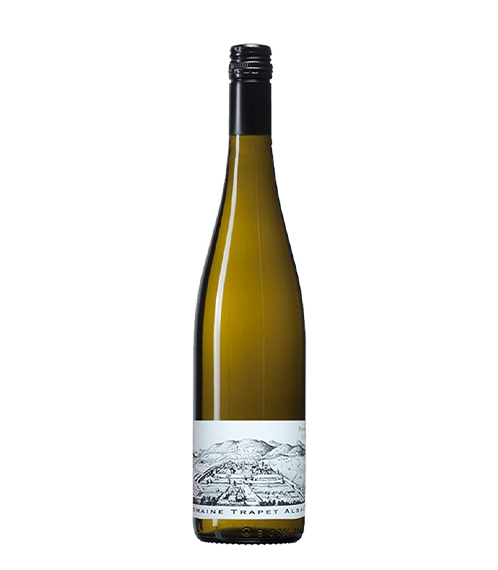 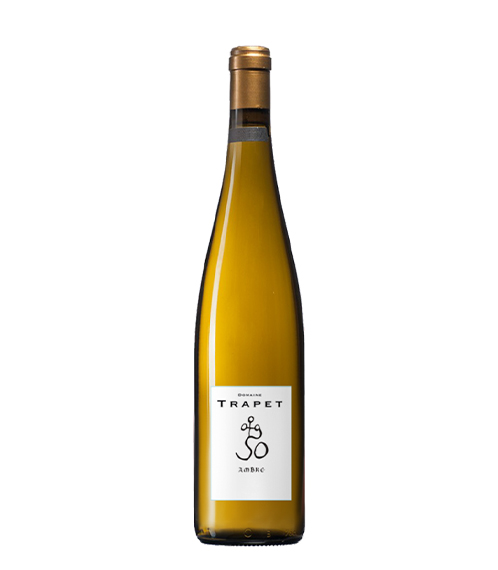 R485.00 inc. VAT
"The dress is orange. The disc is shiny, limpid and transparent.For a macerated wine, the wine presents a very beautiful youth! The nose is frank, pleasant and intense with notes of dried fruits and citrus peel. The palate is suave and balanced by the soft tannins, why not try it on hard cheeses, blues, bitter crusts, chocolate desserts. And for the more adventurous, with saffron and spicy dishes. It is a perfect wine to associate with dishes which call for tannins and fine silky bitterness." - Producer Note
Add to wishlist
Add to basket
Quick view
CONTACT US
DOMAINES
Shopping cart
close