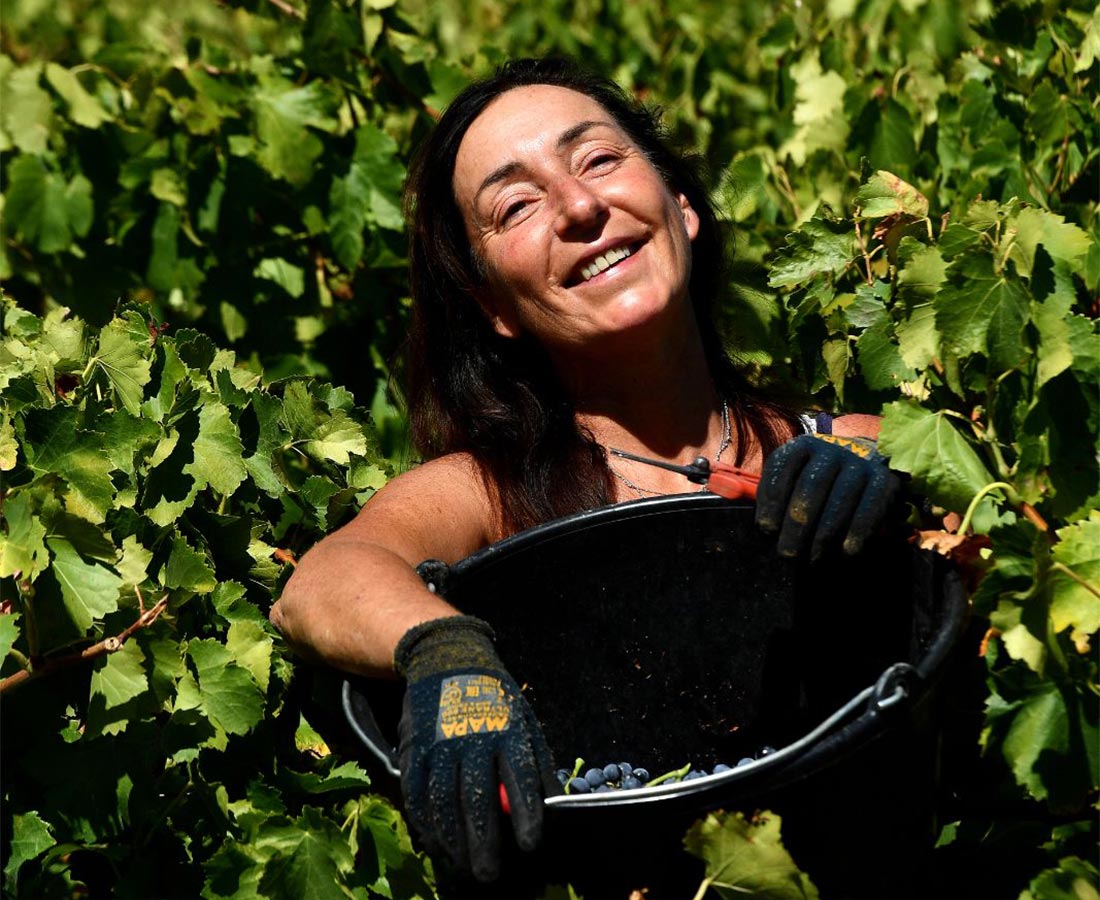 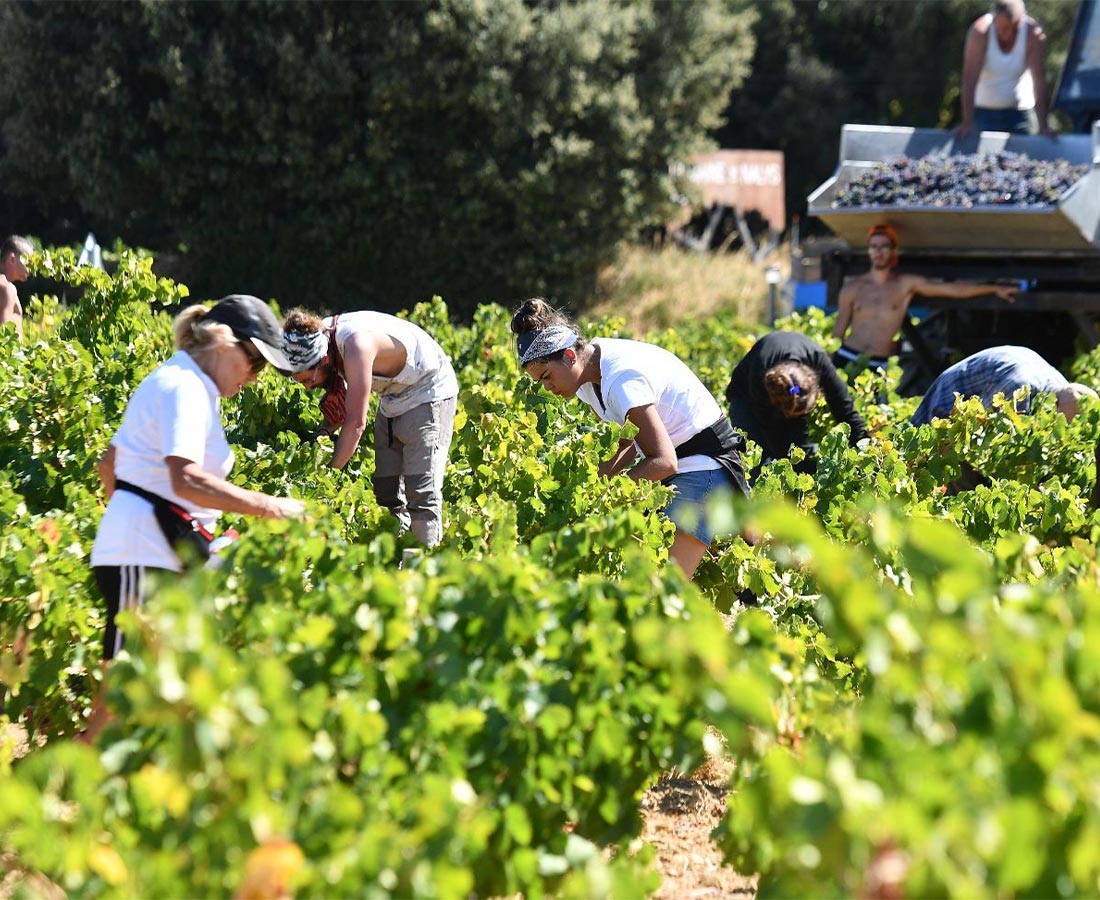 Since 1670, the Feraud family’s ancestors have continuously cultivated a few plots of vines, producing its famous Châteauneuf-du-Pape. It was not until 1987, however, that Domaine du Domaine du Pégau was created. It is located in the Courthézon area; east of Châteauneuf-du-Pape known as the La Crau.

Paul Feraud and his daughter Laurence oversee 47 hectares of vineyards, of which 20 are dedicated to the production of their red Châteauneuf-du-Pape. This is normally made up of around 75% Grenache, 20% Syrah and then smaller portions of Mourvèdre and other varietals.

Their Châteauneuf-du-Pape reds include the flagship Cuvée Reservée, the Cuvée Laurence and their top-end bottling, Cuvée da Capo. Pégau also has a range of village and regional vineyards, and the Ferauds also run two négociant operations. A white Châteauneuf-du-Pape Cuvée Reservée is also produced, but in much smaller quantities and then introduced with the 2014 vintage is the Cuvée A Tempo. This is a blend of Grenache Blanc, Roussanne and Clairette and is vinified in a combination of concrete egg, stainless steel tank and older barrique.

Traditionally, the grapes are hand-picked, crushed and the juice stored in vats and fermented for 15 days. This same method of making wine continues to this day. Vinification lasts for 15 days before being transferred to large 200 hectolitre casks where the Cuvée Reservée ages for 18 months. In the case of the Cuvée Laurence, this time in cask will be extended by a further 18-24 months before being bottled.

The Cuvée Reservée has been ranked in the top three wines of the appellation by the prestigious Revue du Vin de France, as well as The Wine Advocate and local newspapers. 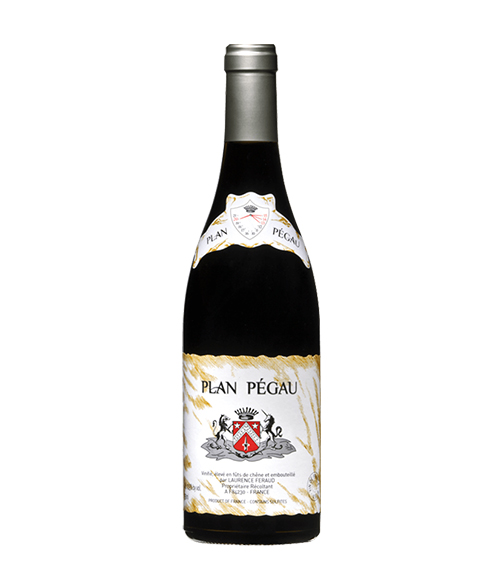 "Historically known and recognized, the Cuvée Plan Pegau has not failed. Vin de France, blend of 3 years aged in different containers in search of a blend of fruit, spices and complexity. This atypical cuvée and symbol of authentic know-how continues to conquer the palate of amateurs and professionals alike. Over the years, it has been able to express the richness of the terroirs bordering the Châteauneuf du Pape appellation. An intensity of fruit mixed with a hint of woody character, the Cuvée Plan Pegau can be enjoyed on all occasions." - Winemaker's notes
Add to wishlist
READ MORE
Quick view
On allocation 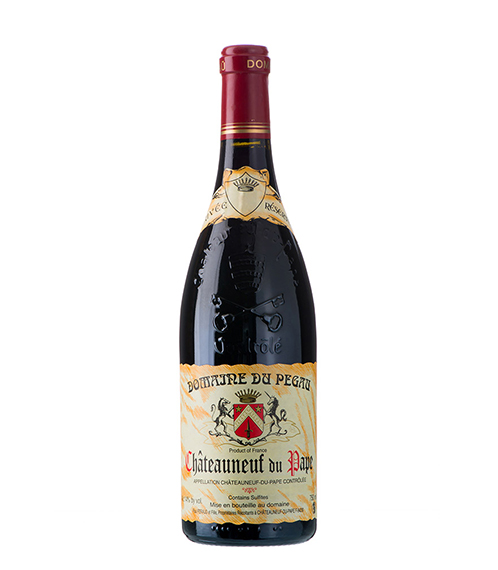 "The 2019 Châteauneuf du Pape Cuvée Réservée looks set to rival the best examples of this bottling. Made up of approximately 80% Grenache, with 6% Syrah, 4% Mourvèdre and smaller amounts of other permitted varieties, it's impressively complex on the nose, with scents of black cherries, blackberries and black olives, plus mysterious wafts of violets and garrigue. Full-bodied, rich and concentrated, it finishes long and velvety, a sure-fire bet for cellaring." - Joe Czerwinski, Robert Parker's Wine Advocate
Add to wishlist
READ MORE
Quick view
CONTACT US
DOMAINES
Shopping cart
close