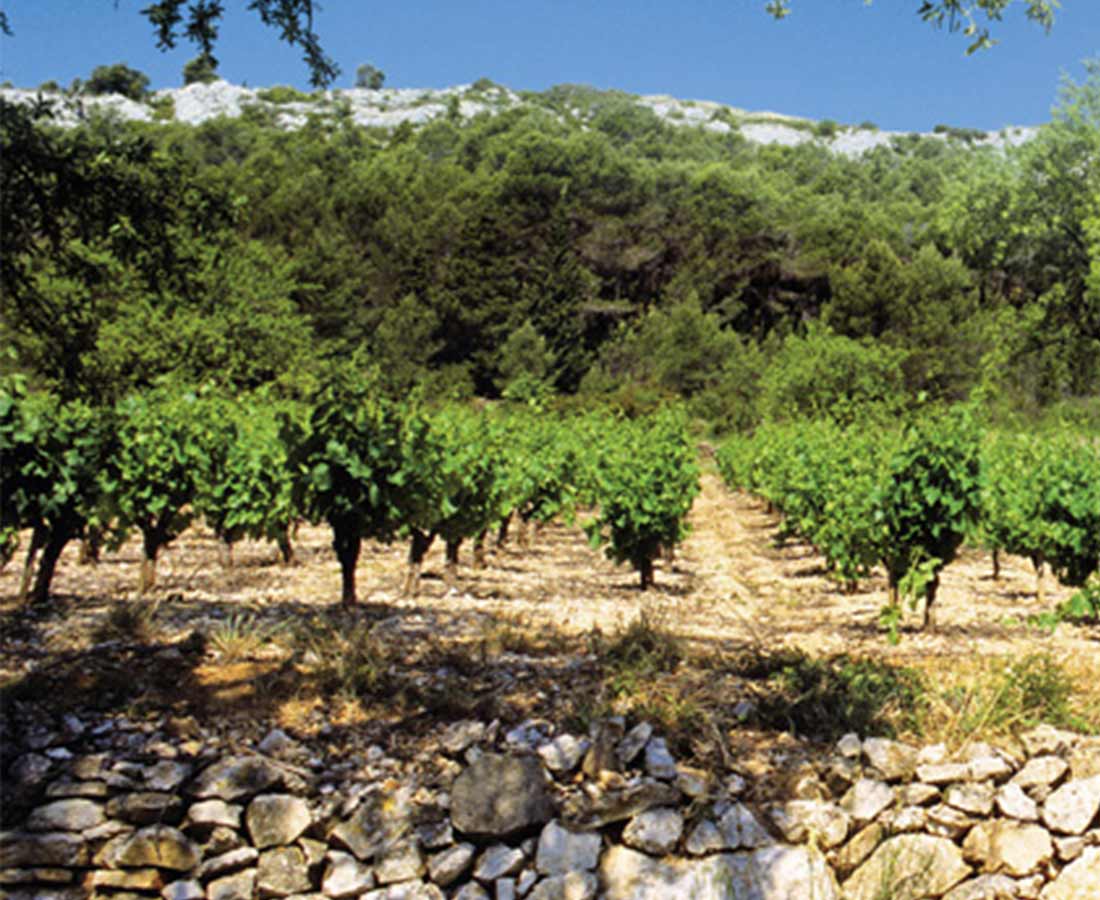 Attaining cult wine status is not an easy feat, and certainly not when the odds are stacked against you. Laurent Vaillé has achieved what others thought impossible.

Having spent his early career training under such masters as Jean-François Coche-Dury (Meursault), Gérard Chave (Hermitage), and Eloi Durrbach (Domaine Trévallon, Provence), he settled in the l’Hérault of the Languedoc and purchased his own land in 1989, near Aniane.

In this area of the region, where the limestone is hard and abundant and the soil poor, no one thought he would ever have any success planting a vineyard on his plot of choice. Though it took dynamite and bulldozing to clear twice the amount of limestone, boulders, and glacial scree that is found in neighbouring vineyards, he found a great terroir for his grapes. He did not have to look far to find ideal bud wood, either. He sourced his Syrah, Marsanne, and Roussane cuttings from Gérard Chave and his Cabernet from Domaine Trévallon. Laurent’s South-facing vines get very low yields, normally from twenty to twenty-five hectoliters per hectare. All are pruned in the goblet style.

The simultaneous restraint and power of his wines make them ideal for ageing. As for the sceptics, they are currently eating their words. His area of the Languedoc has since become known to produce some of the greatest wines in the region, with the new appellation of Terrasses du Larzac, of which he is technically part, reaping attention and praise. In his words, “Nature gave us a partition of land. It is up to us to interpret it.”