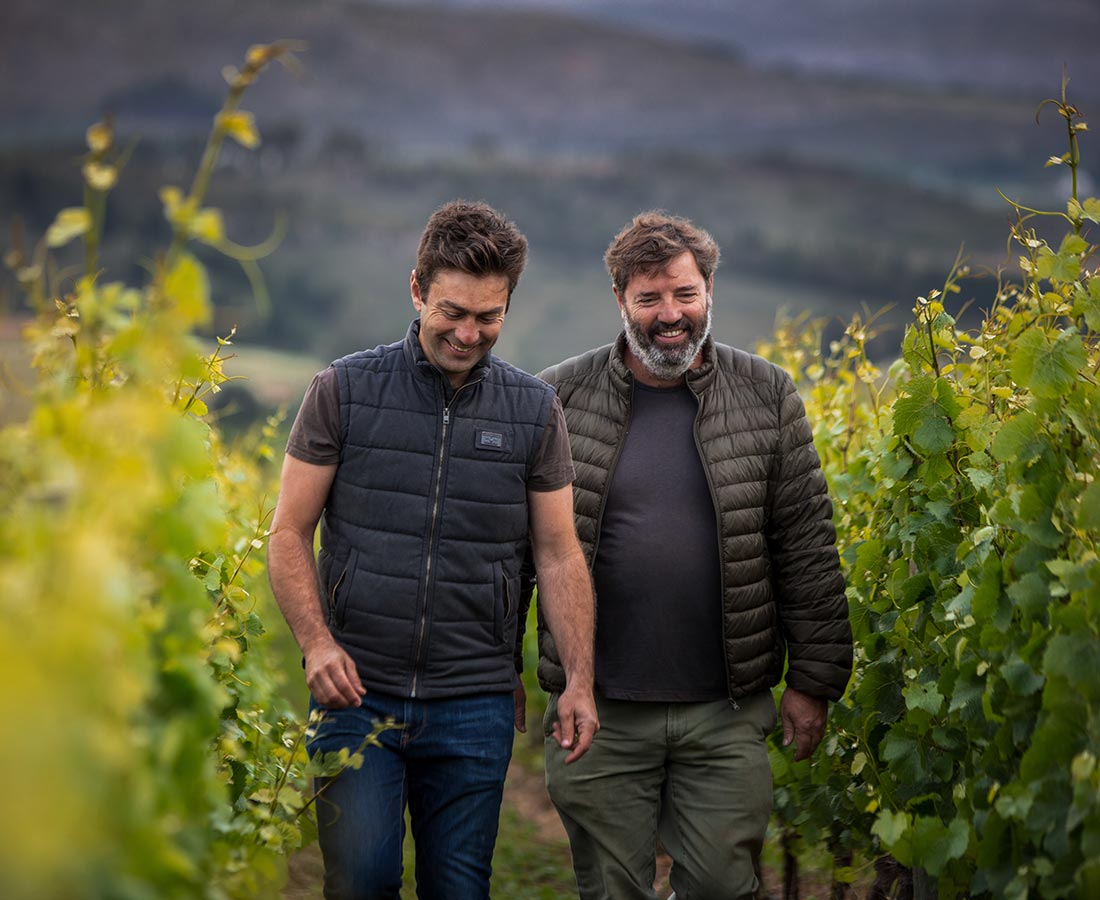 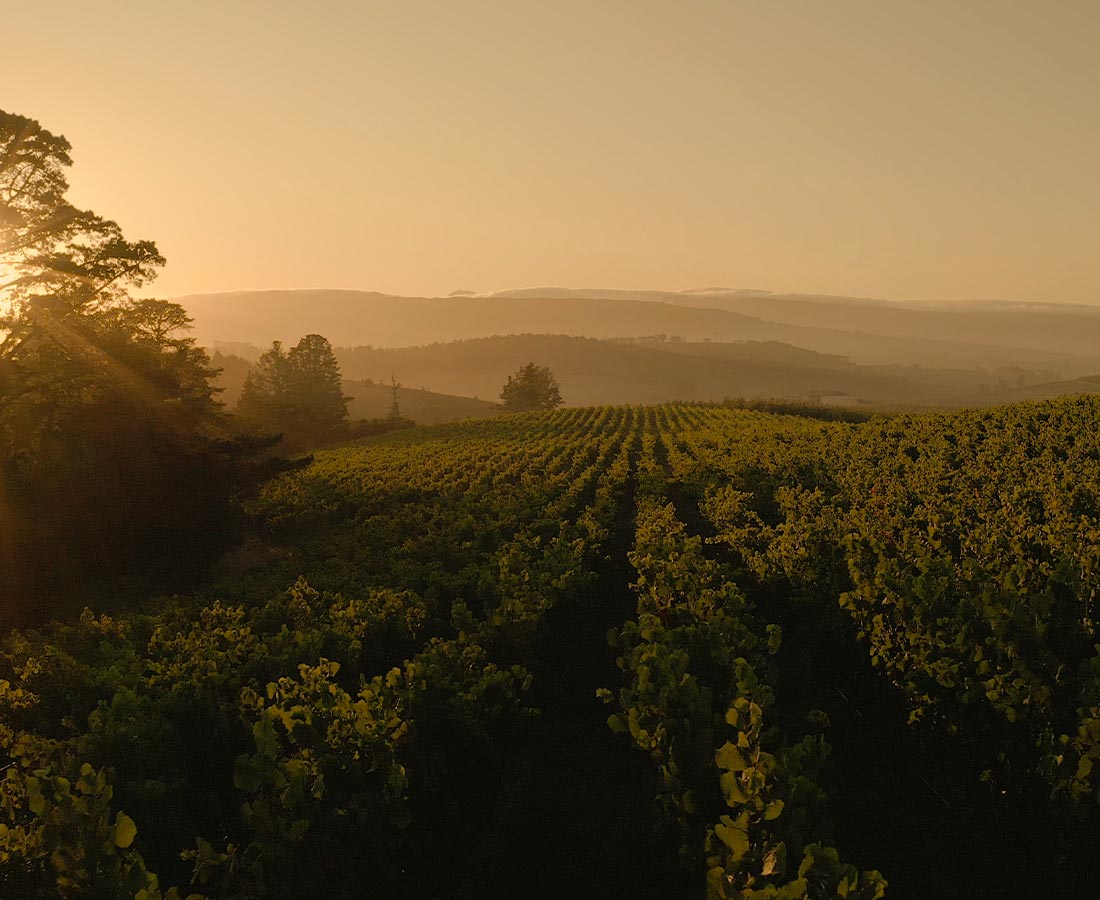 It’s that transformative moment. A singular experience of shifting perspective. DAMASCENE seeks out unique vineyards that will re-shape your understanding of wine. DAMASCENE is a partnership between celebrated Cape winemaker Jean Smit and David Curl, former owner of Château Gaby in Canon-Fronsac, Bordeaux, now of Moya Meaker in Elgin. The debut release in 2019 saw them shooting out the lights, garnering both local and international acclaim, being hailed as a ‘pitch-perfect set of wines’ and as ‘one of the most exciting South African releases in a decade’ by respected critics.

Enjoying an acclaimed career, Smit got his start working alongside Adi Badenhorst at Rustenberg, from there he expanded his winemaking knowledge with harvests at Wither Hills in New Zealand, as well as Russian River and the Napa Valley in California. His time spent in the Côte-Rôtie region of France’s Rhône valley, working alongside Stéphane Ogier at Domaine Michel et Stéphane Ogier, was instrumental in shaping his understanding of Syrah. Returning to South Africa, he took over as senior winemaker at Boekenhoutskloof. It was during his nine years here, crafting wine for the premium brands in the portfolio that Smit fell in love with the diversity of the Cape’s vineyards – a passion that would lead him down a newly forged path.

For Smit and Curl DAMASCENE is about seeking out memorable vineyards and sites that showcase the incredible diversity of terroir of the Western Cape. To this end, Smit is constantly on the hunt for unique parcels, he drives more than 40,000km per year in this pursuit. Following the maxim of ‘Less Cult, More Cultivation’ he is currently working with 45 sites in over a dozen regions. He says his relationships with the farmers he works with is paramount. He underscores that it is of vital importance to listen to and work with the historic stewards of the vineyards, putting in long-term contracts, committing to a site’s longevity.

The DAMASCENE Franschhoek Semillon is made from historic Franschhoek vineyards planted in 1942 and 1962 on alluvial soils of decomposed Table Mountain sandstone. A portion – approximately 15 per cent – of the bush vines have naturally mutated into Semillon Gris. Both components were harvested and co-fermented.

The vineyard for the DAMASCENE Cederberg Syrah was planted in 2006 on the oldest farm in the Cederberg, which dates back to 1790. High up on crumbling sandstone soils, the vines are rooted in the underlying ferricrete. At 940-metres above-sea-level this isolated pocket benefits from a wide diurnal range, cold nights are followed by warm days resulting in balanced grapes with a natural acidity and an intensity of flavour.

As with the inaugural release, the Damascene Stellenbosch Syrah is sourced from the Bottelary and Polkadraai Hills – each site adding a building block to the wine. The vineyard on Polkadraai Hills was planted on a southeast slope in 1996, and contributes perfume and spice to the wine. While the structure and fruit intensity comes from a vineyard of low-yielding granitic soils in the Bottelary.

In the winemaking of Syrah Smit opts for a natural ferment is followed by maturation in oak foudres for 11 months. Smit bottles without fining, doing so as to strip none of the character out of the wine, to ensure an authentic expression of Syrah.

The Cabernet for the DAMASCENE Stellenbosch Cabernet Sauvignon was sourced from mature vineyards scattered across the Helderberg, Bottelary and Polkadraai Hills. Granitic outcrops, these sites produce fruit with an outstanding purity and brightness. As with all the wines, Smit prefers a natural ferment, the point of difference with the Cabernet however is the use of new oak. Maturation takes place in a new French barriques and foudre.

For the DAMASCENE Stellenbosch Cabernet Franc fruit is sourced from cooler east-facing slopes of the Bottelary, planted in 2004 on soils of decomposed granite, at an altitude of 260-metres above-sea-level. The low-yielding vineyard produces small bunches that offer deep concentration, structure and ripeness at low sugar levels.

At its core DAMASCENE is a wine range without borders, digging into the heart of South Africa’s most rare sites to deliver wines of authenticity and finesse – wines that speak of their origins.

Also with a tangible sense of place is the Moya Meaker Pinot Noir, crafted at the Elgin farm – eponymously named for Genevieve Curl’s mother. The range produced here pays tribute to her memory, a woman whose sophistication and elegance is the inspiration behind the brand.

In 2010 when David and Genevieve Curl purchased an apple farm in the Elgin Valley, they immediately planted a 3.12-hectare parcel of Pinot Noir on a ridge of ancient clay-rich Bokkeveld shale. Currently, the viticultural team, guided by Smit, are busy with soil preparation – they will be planting 3-hectares of slopes with Chardonnay in the next growing season. The aim at Moya Meaker is to focus only on cultivating Burgundian varietals, harnessing the coolness of the Elgin microclimate.

The estate is now home to a custom-built 120-tonne cellar, where both DAMASCENE and Moya Meaker wines are made. Officially open from December 2020, intimate tastings will be available by appointment. 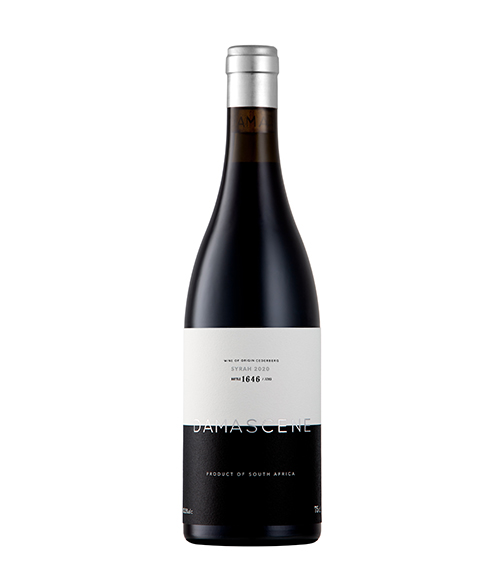 R435.00 inc. VAT
Damascene W.O. Cederberg Syrah 2020, "A singularity. So expressive of its liminal site; a mountainous vineyard 940-metres above sea level. Floaty red fruit, sour cherry, cranberry; the sandalwood scent of scrub and fynbos, a glow of white pepper, iridescent and driven. Hands-off winemaking assures the austerity and lightness of being of the wine remains intact. The fresh red fruit continues on the palate, underscored by a riper touch of blackcurrant wrapped in a fine-boned structure. Clear, precise acidity conjures up the coolness of the site; the spice lingers long into the finish." - Winemaker's notes
Add to wishlist
Add to basket
Quick view 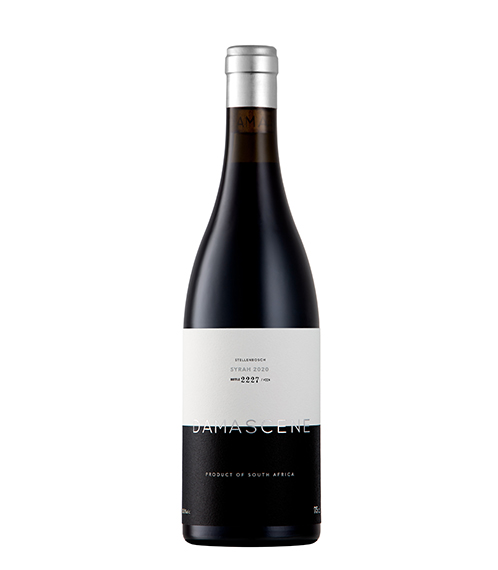 R435.00 inc. VAT
Damascene W.O. Stellenbosch Syrah 2020, "Scented, silky, spicy and floral. Made in the clouds, a large component of this Syrah hails from Karibib, a granitic site at the very top ridge of the Stellenbosch farm. A weather system informs the grapes growing here; a regular occurring cloud formation is drawn in from the Atlantic Ocean and only covers this specific site. The diffused light and cool temperatures safeguard the intense aromatic quality of the fruit; dark-green coiled garrigue, jasmine, violets, and white pepper scents, livened by fresh cherries and wild strawberries. Fruit from the Bottelary ward brings structure and backbone, adding an inky depth of black fruit; while Devon Valley grapes give refreshing lift and linear acidity. The clarity of fruit is underscored by charcuterie spice and grapefruit pith, driven along a granular grip of tannins. Just a hint of bitter cherry on the composed, detailed finish." - Winemaker's notes
Add to wishlist
Add to basket
Quick view
CONTACT US
DOMAINES
Shopping cart
close