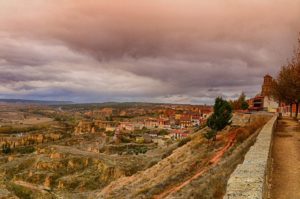 Today we head south to Toro; a very old but lively small town in the province of Zamora, 60 km from Salamanca. The town lies on a natural plateau at an altitude of 739 metres above the Duero valley. It is renowned for being the cradle of the Spanish kings – towards the end of the 14th Century, Toro was the location of the king’s court. Toro’s wine is widely documented as having been a favourite of the Spanish royal family for centuries. This is probably why the influential confessor to Queen Isabella and King Ferdinand, the explorer Christopher Columbus, always took the famous Tinta de Toro wine on his voyages of discovery. The bigger concentration and highER alcohol levels of Toro’s wines allowed them to endure such long trips.

“Currently enjoying a renaissance, the Toro DO in Spain’s northwest is both challenging and rewarding for winemakers”, writes Natasha Hughes MW for Decanter magazine, “a must for admirers of big and spicy reds”. 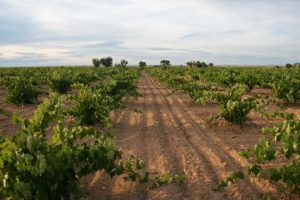 Such was the reputation of Toro wines being associated with good quality across the new and old world that the region became the first to be awarded DO status. Unfortunately, its fame and quality lost momentum following the Spanish war in the 1930s. Its renaissance took place in the 1980s, attracting numerous new producers, especially from outside of the region, and not only from Spain but also beyond especially from France. This was partly because of the the well-known quality of its Tinta de Toro (local Tempranillo grape), but also thousands of hectares of it sitting at over 50 years of age and some dating back to pre-phylloxera era. Thanks to a high proportion of Sandy soils which helps prevent attack of phylloxera, more than half of Toro’s total vineyard area is planted with vines with their own rootstocks. 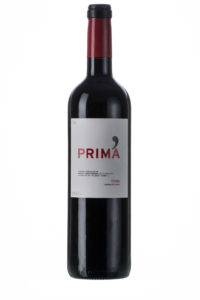 Our wine today is the Prima 2016, Bodegas San Román’s second wine. Watch this video to discover more about this Bodega https://vimeo.com/115629248

“The entry-level red 2016 Prima was produced with grapes from a cooler growing season with an early but long harvest. It’s mostly Tinta de Toro with some 10% Garnacha and other red grapes. It fermented in stainless steel, including malolactic, and matured in French and American oak barrels and foudres for 12 months. They are increasing the percentage of foudres used, trying to respect the fruit. It has nice fruit and good freshness, and it’s lively and fresh. This is approachable and drinkable, with a nice, soft texture, kind of light for a wine from Toro, in a way reminiscent of a red from Douro. A soft, lighter and fresher style. ” – Luis Gutierrez, Robert Parker’s Wine Advocate