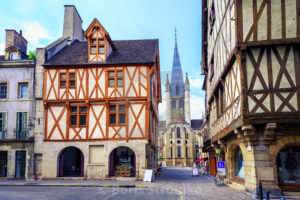 We remain in Burgundy on day 8 and drift slightly South, below Dijon to Gevrey-Chambertin; the first village in the Côte de Nuits with a grand cru vineyard.

It is difficult to encapsulate this part of our journey in just a few words. Burgundy is the heartbeat of Great Domaines both from an emotional and business perspective.

Looking back on a very rich history, Burgundy, the centre of the Pinot Noir and Chardonnay universe, was in the middle ages home to a great dukedom which rivalled the kingdom of France in both 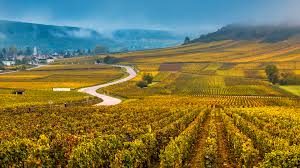 power and prestige. Winemaking in Burgundy dates as far back as the Romans in the 1st century AD. It was, however, the Catholic monks who really put vineyards on the map (so to speak) in the middle ages. “Thanks to the Cistercian monks who discovered the greatness of Burgundy, we have one of life’s greatest pleasures today”, says Karin one of GD’s account managers. The monks grew the grapes for the church and the aristocratic dukes of Burgundy. In 2015, the Burgundy vineyards, described as “climats” in French, became a Unesco Heritage site. This classification acknowledges 2000 years of vineyard development – vineyards which produce wines whose inherent quality is linked to their location (climate) and space in time (vintage). “Burgundy arguably expresses time and place more so than in any other wine growing region”, explains Karin who was part of the GD group last year which visits the region religiously every year. Some of the top vineyards are protected behind stone walls and iron gates, safeguarding their very valuable vines and grapes. 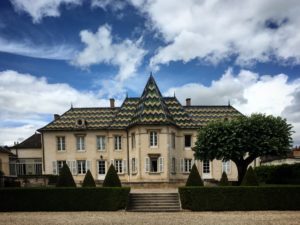 Our wine today is a Gevrey-Chambertin 2016 from Bouchard Père Et Fils, one of our biggest domaines in Burgundy. Bouchard Père & Fils, founded in 1731, is an example of unique Burgundy heritage; offering great diversity and a range of prestigious appellations: Montrachet, Corton-Charlemagne, Beaune Grèves Vignes de l’Enfant Jésus, Bonnes-Mares, Meursault Perrières – all names that resonate with history, inspiring respect and encouraging the pursuit of excellence.

Gevrey-Chambertin is probably one of Burgundy’s most full-bodied and structured Pinot Noirs. The village’s wines have a particular intensity of colour, aroma and flavour about them. In the words of Andrew Jefford: “Pinot Noir is the ultimate high – IQ red, smoothed in the contours of a Cleopatra.” And as Karin says: “There is nothing like a great bottle of Burgundy that makes one truly feel alive. Some might argue that.” 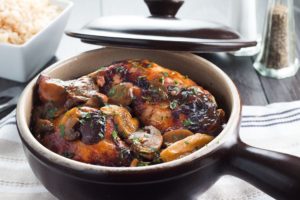 Often praised as one of the best expressions of a Burgundy region, these full-bodied and powerful red wines are a perfect match with game meat, but they can also work well with lamb, poultry or beef; preferably served in rich wine-infused sauces such as Boeuf Bourguignon or Coq au vin. It also pairs very well with a creamy, smelly cheese called Epoisse. You can source it in South Africa from the cheese importer La Cotte, in Franschhoek.

To learn more about Burgundy you can watch this video, Wine Growing in Bourgogne, an Artisanal Trade: The People and the Wine