One of our favourite wines out of Rioja, Bodegas Valenciso, began pruning their vines rather late this year, around mid Janury 2016.

Valenciso is providing a few reasons for this decision, the first and most important being that the vine is in full winter rest. This means that that there is no movement of sap in the wood. When the pruning is done and cuts are made at this stage, the plant is able to heal easier and without too much stress to the vine. Other factors are that the winter months also bring less rain, leading to a reduced risk of spreading fungal spores responsible for diseases in the vine wood.

Whilst it may be considered old-fashioned by many, pruning by hand controls the quality of their vines with greater precision. Further, as part of the bodega’s goal of producing a full and flavourful wine, yields are restricted as far as possible.

Valenciso also prun in the less common practice of one bud + the base bud, rather than the more usual two buds. 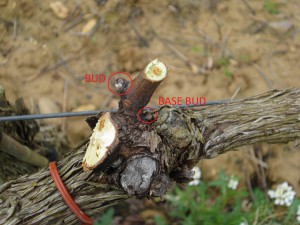 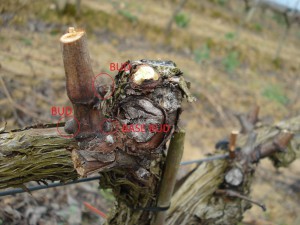 These careful techniques and practices along with their philosophy of ‘Uno Bodega, Uno Rioja’ (‘One Winery, One Rioja Wine’) have ensured the quality of Valenciso’s wine for the past 18 years. The most recent release of the Reserva 2008 received 96 points from Decanter Magazine, and was named as number 13 on the top 50 Riojas for 2016.